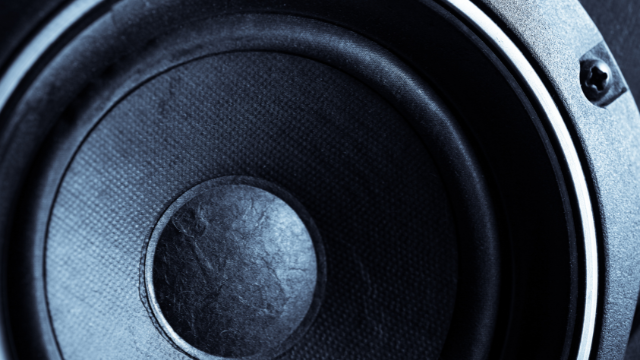 At first glance, it would appear as if Dolby Atmos and DTS:X are battling for supremacy in the realistic audio experience space.

To help you make sure you end up with the perfect audio system for your home, we’ve compiled everything you need to know about DTS:X surround sound technology.

DTS:X is an audio codec that helps produce an all-dimensional sound. It mimics real-world sound to create a more realistic experience.

The main rival of this surround sound format is Dolby Atmos. This explains why their performance is somewhat similar.

How Does DTS:X Work?

This codec technology is in most surround sound speaker systems and models designed to produce object-based audio. It dynamically adjusts to your surround sound configurations.

With object-based audio, you get a three-dimensional sphere that holds sound components in various positions to complement the mixing technology.

DTS:X syncs with a typical surround speaker. This differs from Dolby Atmos, which needs you to include overhead channels in your 5.1 system.

Supporting up to 32 speaker positions, this technology is compatible with an 11.2 channel system. Since it uses a Multi-Dimensional Audio (MDA) platform, DTS:X film studios can calibrate objects’ sound effects and movements.

The platform is open-source, allowing users to mix object-based and channel-based audio formats. Digital creators won’t need to use different systems to make soundtracks for DTS:X alongside other audio formats.

Are There Different Variations of DTS:X?

DTS:X is not limited to just the standard version. There are other variations.

DTS:X Pro is the brand’s newest concept. The codec was recently released and is now available on prime AV receivers like Marantz and Denon. It’s an object-based audio format relying on DTS:X technology supporting 32 paired speakers.

The format comes with dynamic remapping to sync with a wide variety of home cinema setups. It’s even optimized to convert a 12.0 IMAX cinema mix to a 7.1.4 setup.

DTS:X Pro is more like a commercial and unlocked version of the DTS:X as it can playback more than the initial limit of 12 unique channels. It is revamped to produce more original content from all the speakers and elevates the immersive experience.

The Pro version works more like Dolby Atmos in that it allows up to 30 speakers to be laid out in different configurations. Each one receives a portion of the audio mix.

DTS Virtual:X produces 3D surround sound and delivers the illusion of height channels using extra speakers. It uses a post-processing approach to generate a 7.1.4 surround setup via a soundbar or typical 5.1 speaker system.

Unlike DTS:X, it doesn’t need to encode a channel into the Blu-ray disk or use upward-firing speakers to operate. It’s a solid option for people who don’t want to add tall speakers to home theater receivers.

Virtual:X analyzes incoming audio signals in real-time to place sounds in a 3D listening space. Regardless of the audio format, you can use the DTS Virtual:X to elevate the quality of DTS content.

However, to get this effect, you might need new sound equipment with the Virtual:X built-in.

DTS Headphone:X identifies the sound source and adjusts the volume accordingly. Sound reflections are examined, providing the sensation of being inside a game. This format uses an algorithm to convert stereo sound to 3D audio.

Its backwards processing feature helps your ears interpret the sound as spatial. The software works with numerous headphones, so you won’t need new headphones to experience this pioneering technology.

DTS says this innovation has a database of over 500 custom-tuned headphone profiles. As a result, the software may consider your headphones’ design to optimize the listening experience.

Many 4K Blu-ray movies support the DTS:X format. Most companies that make soundbars and AV receivers tend to adopt this type of technology.

Brands that support the format include:

On conventional Blu-ray discs and the newer 4K versions, both DTS:X and Dolby Atmos soundtracks are supported.

Universal Pictures is a big supporter, and Sony’s adoption of IMAX Enhanced has led to many releases using the DTS:X codec. Avengers, Fast and Furious, Godzilla, Jurassic World, London Has Fallen and others are among the famous 4K Blu-ray releases.

Yes, it is backwards compatible. You can seamlessly connect it to your existing 5.1 or 7.1 configurations. It syncs with the DTS-HD Master Audio soundtrack on Blu-ray discs so that you won’t need a new surround sound system.

The compatible content will include a surround sound experience. However, the realistic object-based audio may be limited.

How to Get DTS:X in Your Home

Depending on your hardware, there are many different ways to wire your setup. You can connect your Blu-ray player or Xbox to an AV receiver and have it send DTS:X audio to your speakers.

It’s easy to connect your Xbox to a compatible soundbar or upgrade to a multi-channel DTS:X home theater receiver with surround sound speakers. There’s a free upgrade for Xbox One S, Xbox One X, Xbox Series S and Xbox Series X.

Another approach to enjoying this technology is to view a movie with a DTS:X soundtrack from a compatible theater. However, the number of theaters that provide this format is limited.

DTS:X is supported by the majority of the home AV industry, with many manufacturers offering firmware upgrades for current receivers or manufacturing new devices that support it.

Check the product packaging or associated product manuals for the DTS:X logo to see if your home theater system supports this technology.

There’s also an option to watch or listen to DTS:X-compatible content through the IMAX Enhanced experience.

Is Getting DTS:X Worth It?

Overall, getting DTS:X is worth it. It does not necessitate additional speakers like Dolby Atmos.

Your home theater system is likely to be a great pairing. DTS:X can even support substantially larger systems, with up to 32 speaker locations and an 11.2-channel system.

DTS:X offers superior audio quality over Dolby Digital because of its higher bit rates. At lower bit rates, Dolby claims their codecs sound as well as or better than DTS. However, there’s much more to consider than just the sound quality.

This format allows you to manipulate sound objects, such as the volume of voices, in a user-friendly manner. As a result, users can hear murmured conversations more easily.

To get the most out of your DTS:X soundbar, you don’t need to have a lot of different pieces of equipment scattered around your house.

The DTS Headphone:X is also a great value considering how much better your listening experience will be. When you buy a DTS Headphone:X, you also get a decoder.

As a result of their improved spatial surround sound technology, your headphones may produce noises that give the impression that you’re actually in the scene. It’s worth the price if you’re a movie fan.

Several manufacturers have released firmware upgrades for current receivers or created new devices specifically to enable DTS:X. Due to the popularity of DTS:X and Dolby Atmos, a large number of Blu-ray and 4K Blu-ray discs now feature this type of audio.

To enjoy a DTS:X-compatible Blu-ray player, AVR or compatible media, you’ll need new equipment, such as a DTS:X codec. Since it’s open-source, sound designers don’t need to use a specific speaker configuration when mapping the sound.

Ultimately, if you want one of the best audio experiences on the market, DTS:X is the way to go.