What is RPX At A Movie Theater? 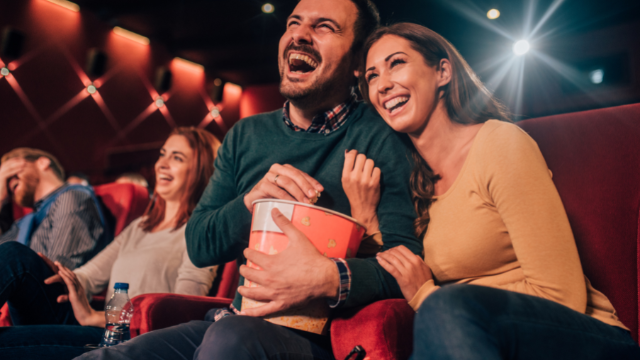 Going to the movies has been a core part of American culture since the first theater opened over 100 years ago in Pittsburgh.

In fact, according to a Gallup study, most moviegoers reported seeing 1.4 movies per month in theaters last year. Believe it or not, that was a record low.

With so many people swarming theaters to see the latest blockbuster releases, almost every theater company has created its own way to attract customers.

Regal’s innovation is RPX, but what exactly is this format? We have the scoop on what RPX is and how it impacts your movie-watching experience.

RPX stands for “Regal Premium Experience.” As the name implies, this is a type of movie format that is only available via Regal Cinemas.

You can find RPX in select Regal Cinemas and Cinemark locations as well as other theaters owned and operated by the Regal Corporation.

But what makes these experiences premium? Regal itself describes it as a chance to “experience the ultimate in movie sight and sound” with enhanced audio and visuals compared to a standard movie.

As far as audio goes, RPX translates into uncompressed, powerful surround sound. A state-of-the-art surround sound system provides an immersive experience with sound that travels with the movement you see on the screen.

For visuals, an RPX theater can be in 2D or RealD 3D, but this depends on the movie itself. The massive screen is illuminated with digital projectors. But, in contrast to many other premium formats, nearly any movie can be translated to the screen.

An RPX screen is typically around 40 feet vertically and 60 wide (though it varies) and uses 4K projectors.

How Does RPX Differ From Other Movie Experiences?

RPX is a significant improvement over many other movie formats, but it’s ultimately one of many offerings in the world of competing theaters. Here’s a quick rundown of how RPX theaters compare to other common formats.

If you’re standing in a Regal theater with the choice of seeing the same movie in standard or RPX, which should you pick? If everything is the same, there’s no reason you wouldn’t pick the RPX.

Simply put, it’s a marked improvement in nearly every way.

RPX theaters are built specifically around a more comfortable, enjoyable movie environment. The chairs are larger compared to standard theaters. Better yet, they are often cushier, with bigger armrests and more space between them.

This means you won’t have to worry about bumping hands with a stranger, though it can put a little more distance between you and your date.

The audio quality is also improved because the speakers are built into the chairs. Wider seats, higher backs, headrests and plenty of space for people to walk by without you having to move make it much more relaxing and comfortable.

Visually, the screen is larger and often has a higher resolution. It’s typically brighter as well, which can make viewing movies a more enjoyable experience.

Overall, the only notable drawback of an RPX seat versus a standard seat is the price. As of writing this, a local Regal theater offers a 2D ticket at $14 before tax. The same movie in RPX is $17.50, but these prices are heavily subject to change.

With one ticket, this isn’t too bad. That said, the almost 25% increase in price adds up over several purchases.

There are very few differences between RPX and Regal Premium 2D, so there’s not too much to say. As you might guess, Premium 2D movies are strictly 2D and cannot move into 3D.

One of Regal’s best draws is the RealD 3D format. Since you can’t experience that with the Premium 2D, it’s a marked improvement for RPX to offer it.

Aside from this difference, the chairs in Premium 2D are comfortable but not as luxurious as RPX seats. They also are closer together and aren’t always positioned in perfect spots as RPX seats are.

Additionally, they may not recline, lack temperature control and don’t have the same speakers.

Regal Premium 2D is an improvement over standard formats. However, if given a choice, you should always pick RPX over RP2D. You’ll have a better, more comfortable seat, a larger screen and a crisp audio quality.

The seating in an IMAX theater is built around these larger-than-life screens, arranged in a steep stadium-like layout. By doing so, these theaters offer unmatched views, incredible comfort, spacious seating and luxury that is unmatched.

RPX is amazing. However, in comparison, IMAX will often win. IMAX screens are roughly six times larger than a standard screen, usually about 52 feet high and 72 wide. That makes it another twelve feet taller and wider than an RPX screen.

Audio quality in an IMAX theater is also stunning. IMAX flaunts a pitch-perfect tuning, pinpoint accuracy and the ability to make sure every seat has a flawless “sweet spot” audio experience.

RPX and IMAX are both top of the line and offer beautifully immersive sounds with theaters custom-built specifically to receive that audio.

Overall, IMAX is generally seen as having a somewhat higher quality than RPX, but it’s a narrow win. The theater is larger, but some find themselves actually preferring a slightly smaller screen depending on where they’re sitting.

Plus, the audio with IMAX is flawless on both ends, and the seats as well as the theaters are custom-built for maximum comfort.

In the end, this one comes down to personal preference.

Other than IMAX, RPX’s main competitor is Dolby Cinema. In comparison, Dolby is often considered to be better.

RPX generally has stellar views, but they aren’t quite to Dolby standards.

When it comes to audio, you may recall that Dolby speakers are what you’ll often find in an RPX theater. As a result, there’s a near-equal sound quality between the two formats, as both stick with Dolby Atmos.

However, many moviegoers feel that Dolby theaters are better suited to their own brand of speakers and provide better audio mixing.

In short, the average moviegoer likely wouldn’t notice a quantifiable difference between the two. Both screens are smaller than IMAX but still significantly larger than a standard 2D screen. Also, both provide excellent audio quality with Dolby speakers.

That said, using laser visuals, Dolby’s picture is technically of a higher quality than an RPX screen.

RPX vs. Other Premium Large Formats

In terms of other formats, Cinemark’s XD theaters are virtually identical depending on the theaters. Typically, it depends on whether you’re in a Regal Theater or a Cinemark.

Additionally, RealD 3D movies are also high-quality but are only available in 3D. This often is the deciding factor between formats.

Is RPX Worth Paying Extra For?

Overall, this is a completely personal choice that is dependent on how much you enjoy RPX. Many people feel that the improved seating alone is reason enough to pay the increased ticket price for RPX.

When you consider the price of movie popcorn or beverages, the slight increase in your ticket price is barely noticeable.

If you don’t get to go to the movies often, it’s a lovely treat to drastically improve your movie experience with an RPX movie versus a standard movie. You’ll have better seats, a stunning view, an incredible screen and considerably improved audio.

Essentially, an RPX movie is luxurious and relaxing compared to a standard movie.

If you’re comparing the price of an RPX ticket to Dolby or IMAX, then you have the same decision in front of you. RPX tickets are generally cheaper than these two primary competitors. However, it can depend on the theater, movie, time of day and other factors.

If the price is the same, you may prefer IMAX, though it usually depends on what the local theater offers.

In short, the massive improvement to your viewing experience is worth the increase in price. If you don’t get to go to the movies often, making your trips that much better is an excellent choice.

However, if you’re going to several movies a month, the cost of tickets can add up. In turn, your decision could become a purely financial one.

Their custom-built theaters are more comfortable and spacious with deluxe theater seats, built-in speakers and a more relaxing experience.

Though IMAX and Dolby are typically seen as of higher quality, RPX movies still offer a stellar viewing experience.