Trucks First: Moving Goods Will Have A Larger Impact in Autonomy and Economy

“It has been said throughout the ages, that there can be no victory, without sacrifice.” Sir Edmond Burton, “Transformers: The Last Knight,” Paramount, 2017

People love the idea of an autonomous vehicle (AV) because it will give them freedom from the toughest part of any trip – driving.

And while everyone seems to be running to the light for the personal AV; Bob O’Donnell, president of TECHnalysis Research, has been one of the few people to say folks, it ain’t gonna’ happen anytime soon.

When I first read his comments, I sent them over to a transportation industry expert Alan Messer, CEO of Innovation Shift, who had been a key speaker at the recent FMS (Flash Memory Summit) automotive day.

With his extensive background and inside-out/outside-in understanding of the industry; he’s recognizes what it’s going to take if we’re going to get from point A to point B with AVs.

While Alan agreed with Bob that full autonomy and the consumer market will take time, the real initial value is in fleet scenarios. Usually, this is the ‘robo-taxi’ scenario that Uber and nuTomony have been pioneering, but that is just the tip of the iceberg.

“Cars are sexy,” Messer noted, “and people have high expectations that technology is going to solve their deriving problems from commutes to ferrying children around. Lower levels of autonomy will help with the commute situation, but the goal would be to provide a L4 solution (full automation with vehicle performing all safety-critical functions without driver intervention except within certain criteria) for suburbia for the kid and extended commute problems. “

O’Donnell and Messer agreed that transportation was long overdue for an overhaul; especially in the industry’s supply chain, infrastructure, and the way it all works together.

There are a lot of forces stacked against the necessary major changes happening anytime soon.

“The biggest problem in consumer autonomy is aligning the expectation of consumers to the technology and getting them comfortable with it.” Messer said.  “And that’s going to take time from the more progressive auto manufacturers as well as great, reliable software technologies.”

Still, the fleet area also remains a strong, mid-term option beyond ‘robo-taxis’ – large cargo vehicles on interstates and areas where there is a strong ROI and relatively low risk.

While self-driving trucks are being tested in the U.S. and other countries, they are already hard at work every day in mines in Australia and Chile, hauling ore 24-hours-a-day.

Day, Night – Large, autonomous vehicles have been safely and reliably at work for some time in Rio Tinto mines in Australia.

Since they were first introduced in 1896, trucks have been about moving goods, making money.

Even truckers don’t think there is anything sexy or romantic about the freedom of the open road!

Driving a truck is not only unromantic, it can be downright deadly.

According to the Bureau of Labor Statistics, 3,852 folks died in large truck crashes two years ago and it was seldom because of the professional drivers’ fault.

Not surprisingly, labor unions like the Teamsters have been strongly opposed to autonomous trucks, arguing that putting them on the road would result in heavy job losses.

Widespread Need – While autonomous cars are great for personal travel, semi-autonomous trucks can help businesses move goods across the country, every country.  They will relieve truckers from the most mundane parts of their job; and, more importantly, meet the growing requirements for licensed truckers.

What the unions fail to also point out is that there is a driver shortage of about 100,000 people in the U.S., according to the training school Driver Solutions.

In addition, the average age of a truck driver is 49; so, by the time we have autonomous trucks in widespread use, they will be close to retirement.

Will kids who have grown up with their technology toys be willing to “settle” for the rigors and stress of the open road? 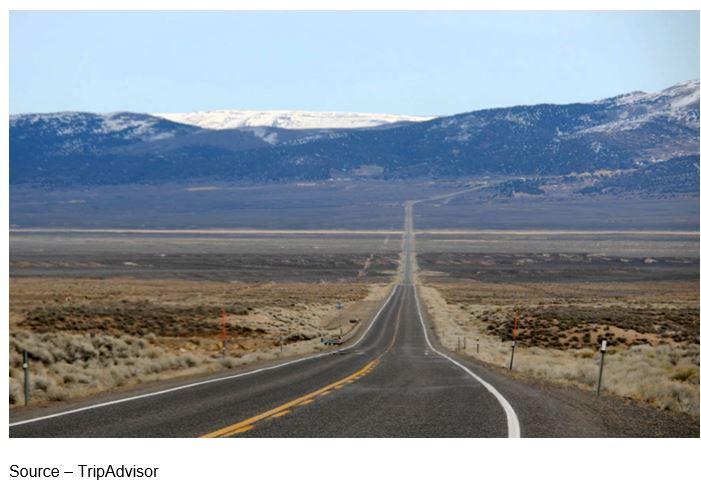 Long Stretches – Semi-autonomous trucks can cost-effectively move goods from warehouses to their destinations–especially on long-hauls such as Highway 50 that extends more than 3,000 miles from Sacramento, CA to Ocean City, MD.

A transformation in trucking isn’t going to happen overnight. Trucking fleet investments are amortized across many, many years. They also cover a very wide range of use cases from shifting goods between major hubs and last mile/delivery hub routes that are much harder to cover with autonomous technology approaches.

“It will take time to roll out autonomous trucks, even in the core backbone routes,” Messer commented. “There are assisted driving features being added to today’s trucks that will and have very positive near-term impact across all route types.”

Technologies like automatic braking and more advanced cruise control could not only save lives but also reduce the cost of moving goods.

Semi-autonomous (perhaps ultimately autonomous) trucks would be able to drive themselves on well-mapped highways while the driver rests, manages logistics and other tasks that add to their trip hours.

Drivers are legally restricted to 11 hours of driving a day and 60 hours a week.

The most compelling mid-term scenario will be using L4 autonomous solutions in end-to-end scenarios. It will all depend on the technology dealing with freeway-centric trips with simple layouts, routing and signage.

Today’s big rig goes for about $150,000; and in their concern for the safety of the rest of the driving public and themselves, teamster officials strongly encourage drivers to periodically pull over to rest, which costs shippers and ultimately, consumers money.

Trucks that can cruise nearly 24/7 could dramatically lower freight costs.

Trial Runs – To help enhance the performance and safety of autonomous systems in tomorrow’s trucks, experienced drivers show programmers how to improve systems before they hit the road.

Referring to the growing driver shortage; Chris Spear, president and chief executive of the ATA (American Trucking Associations), feels that tech advances will make the profession “tech savvy and more appealing to a new generation.”

Messer noted that the major obstacles today to autonomous trucks are regulatory and general acceptance. Unfortunately, recent federal legislation for autonomy excludes trucks in their regulations, yet the technical and deployment challenges are very similar.

And we all know how rapidly bureaucracy and the legal systems move … right! 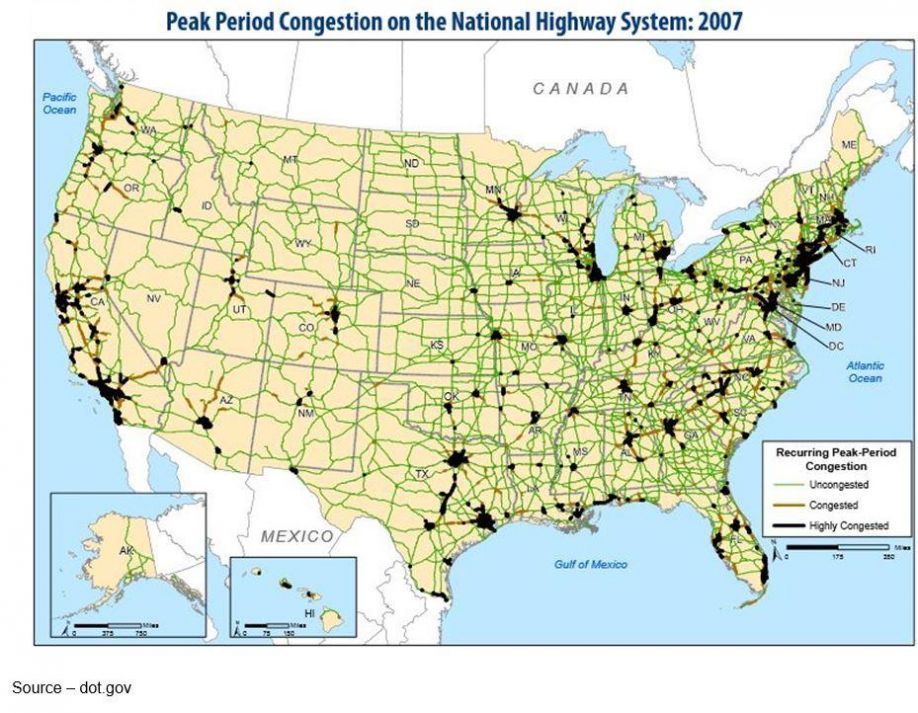 Goods Move on Wheels – Millions of miles of highways and byways criss-cross the country (and every country), enabling companies to quickly and efficiently move components, systems and products for personal consumption.  The warehouse to warehouse movement of goods can reduce costs and save time.

There are more than 230,000 miles of highways crisscrossing the U.S. and fuel is about a third of the cost of operating a long-haul truck.

Teamster officials say that their experienced members can wring maximum miles per gallon from their trucks (30 percent more fuel-efficiency than the worst, according to seasoned drivers).

However, with autonomous operation, the trucks can be programmed for optimal speed, acceleration and performance to reduce shipping costs.

Technologies like platooning – several trucks drafting the lead truck – are greatly maximized by leveraging autonomous vehicles to save fuel and manage traffic.

More importantly for the consuming/driving public, firms won’t have to be concerned about sending goods over long distances and worrying about whether a driver has the stamina for yet another marathon drive.

Messer sees the industry starting to gain visibility with semi-autonomous and autonomous technologies being developed by Peloton, Zoox, Volvo, and Daimler.

Key Components – Firms like Peloton Technology are supplying key systems, subsystems and software to truck manufacturers around the globe to accelerate the safe introduction of semi-autonomous long- and short-haul systems.

Increasingly, today’s drivers will have more reliable performance tools available to them to increase safety and optimize efficiency.

Despite union officials dragging their feet on the implementation of these tools, drivers are finding that they actually add quality time while they are “driving” by relieving boredom and giving them new challenges/opportunities.

Then, and perhaps most importantly, SAE level 4 self-driving trucks will enable key core distribution hub routes to be serviced autonomously. Clearly, as with other autonomy solutions, drivers will be required onboard until at least the technology can be shown to be more reliable than a human driver in the desired environments and routes.

RAND researchers have emphasized that even when semi-autonomous trucks or cars have covered billions of miles, it will be impossible to draw statistical conclusions regarding the safety and reliability of fully autonomous fleets.

“Transitions will come with growing pains,” Messer admitted, “and autonomous trucking is no exception. “However,” he added, “given the profession’s demographics and how long it will take for us to transition to full autonomy, perhaps it can be less painful than many doomsayers like to claim.”

Still, the autonomy of trucking needs more governmental attention and support than personal vehicles or business and commerce will be stuck in some warehouse … somewhere. 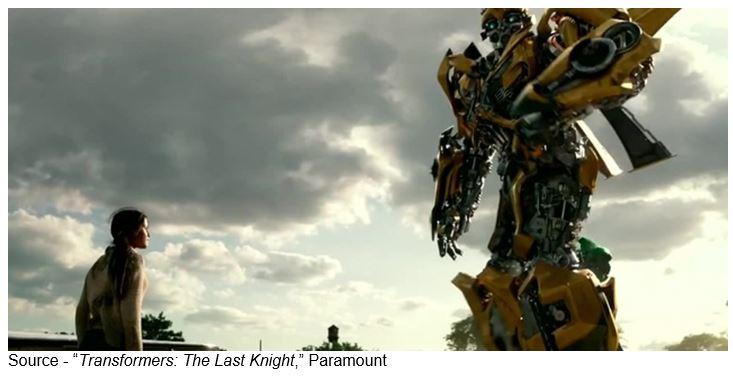 Truckers may be the ones who make it happen.

As Vivian Wembley said, “When all seems lost, a few brave souls can save everything we've ever known.”