The Top 5 Reasons to Add a Subwoofer to Your System

Reprinted with permission from Aperion Audio:

Once upon a time, back in the Dark Ages of the mid 20th Century, people either listened to music on their hi-fi system consisting of two speakers or watched TV accompanied only by the speaker inside the TV set. That started changing with the introduction of the subwoofer in the ’60s, but things really got cooking with the home theater explosion of the late 80s and 90s. By the early 2000s, many people had full blown 5.1, 7.1 and beyond systems. These days with no room in flat panel TVs for even decent speakers, some sort of external sound is pretty much a necessity if you want to hear anything that is going on in your shows and movies. If you already have a pair of front speakers and a center, also known as a 3.0 system, the next speaker you should add is a subwoofer. Why? Let us count the reasons:

If you’re just listening to music from CDs, the lowest frequency that is ever going to be produced is 20 Hz. But that’s a bit misleading as a lot of music doesn’t even really fall below 40 Hz, especially if we’re talking about rock and not hip hop or electronic music. By contrast, today’s Blu-ray and 4K UHD content almost always go down to 20 Hz and not just every once in a while, but quite often in effects heavy movies and these bass tones can be sustained for several seconds. Your other speakers just aren’t designed to kick out those low frequencies at any appreciable volume or duration. Crank up a movie with explosions and what not without a subwoofer and you’ll probably hear the fluttering or barking sound of your speakers bottoming out. Not only is it distracting, but in extreme cases you could end up with a blown woofer if it tries to move further than its design allows. Of course you can use your home theater receiver to apply a crossover and limit the bass response of your non-subwoofer speakers, but then you’re going to miss out completely on all those bass bombs in your movies. And that my friends is why to really enjoy the sound mix of a modern movie that isn’t a rom com like Four Weddings and a Funeral, you’re gonna need a sub.

2. It Can Allow You to Go Small With Other Speakers

Once you have a subwoofer handling all of the bass frequencies, you don’t necessarily need big tower speakers any longer. Of course, there’s nothing wrong with using towers with a sub, in fact most of us hardcore audioheads do, but you don’t have to if you, or that special someone, doesn’t want to. In fact, many bookshelf and satellite speakers, including our own Intimus 4B and 5B, are designed with the idea that you probably will be using them with a sub. For that reason they’ve been designed to provide the best performance at 80 Hz and above. 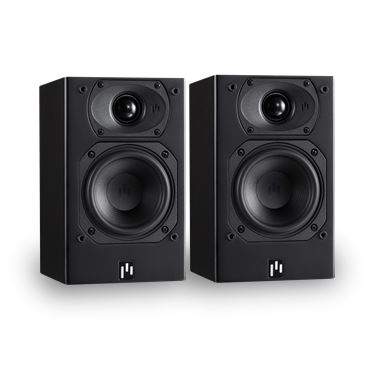 Which means we can make the midrange nice and full and let them play louder without worrying about the bass so much. Since a subwoofer can be tucked into an out of the way spot, you don’t necessarily have to clutter up the main parts of your room with huge speakers. Again, if you still want towers because you have the best significant other in the world and want the best possible sound, go for it!

3. Subwoofers Blend in Seamlessly with the Rest of Your System

Here’s a fun fact that you may not know, the way our hearing works is that our brains compare the differences in the sound waves’ arrival times between our two ears in order to determine the location of a sound. But there’s one slight problem when it comes to bass; many of the wavelengths in a bass tone are actually longer than the space between our ears. When a wave is that long, which corresponds to 100 Hz and below, there is not enough difference in the part of the sound wave that hits each ear for our brains to make any comparison. 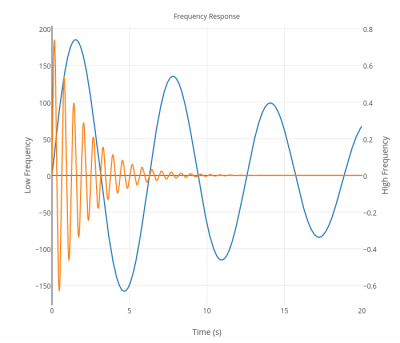 Which is to say, frequencies below 100 Hz are not localized, our brain cannot figure out where these sounds are being produced. So what do our brains do? They do what they do best, fill in the gaps with the information that is available. Since we cannot hear the origin of this sound, our brains use visual cues to make an educated guess of sorts. So in the case of a subwoofer mixed with other speakers, your brain knows that the other sounds are coming from the speaker that is right in front of you and simply assigns the lower frequencies to that position as well. If properly set up, a subwoofer should be perceived as an extension of your other speakers and even sound as if it is coming from the same part of the room.

4. A Subwoofer Frees Up Your Other Speakers

Even if you do have larger tower speakers, having a sub lets them focus their woofers on mid-bass and other midrange frequencies. Take our Verus Grand Towers for instance, they can play well down to 35 Hz, just as low as some subwoofers. Now of course they can’t play that frequency as loud as subwoofer, but you’ll definitely still hear that frequency from them. However, if you crossover the Verus Grands at 80 or 60 Hz in your receiver, only allowing them to play above those frequencies, you’ll notice that the speakers have an overall fuller and more dynamic sound with increased clarity.

That’s because you aren’t using up the power coming from the amp to hit those lower frequencies. When your fronts are straining to hit the lowest frequencies that they are capable of, it can thin out the midrange frequencies which that same woofer is also reproducing. Essentially, speakers will perform at their best if they stay in the range where they have the strongest frequency response and avoid what’s called the speaker’s “roll off”, which are the lower frequencies where the dB level begins to decrease into oblivion.

5. You Have More Placement Options

One thing people frequently underestimate is the effect placement can have on the sound of their speakers. In fact, depending on where you place your speakers in your room, you can increase (or decrease) their bass output by up to 64 times! So finding that “goldilocks” spot for your speakers with the respect to bass, not too little, not too much, can be tricky. But guess what, if you have a subwoofer, you don’t have to worry about that nearly as much for your front speakers. Sure you’ll still want to dial them in so you get the proper stereo image at your sitting position, but you won’t need to be concerned with boundary effects or getting as much clearance from rear ports. Yes, you’ll want to focus on getting the proper subwoofer placement and you may even want to use the “bass crawl” method. But for the fronts you’ll find that getting optimal sound from them will be possible in a much broader range of positions than without a subwoofer handling the bass.

So there you have it, if you want to be able to really feel the bass from today’s Blu-rays and UHD content, make your other speakers sound as good as possible and have the widest available options in terms of speaker size and placement, a subwoofer is just what the audio doctor ordered!