Rise, Fall: Designing, Picking the Next Winner is No Easy Task

Predicting the Future – We all like  to do it, predict which products are going to be hot, which not; which will live for years, which will fade quickly. Lots of people try to tell you what you’re going to like and what you’re not. Sometimes they’re right, sometimes…

Have you ever wondered why:

It’s all because they don’t really know what’s just around the corner or what new company, product, service, idea is going to be the next great thing anymore than you or me. If they did, more than one out of 10 start-ups would still be around at the end of five years.

And companies wouldn’t introduce stuff only to see you walk out of the store with another company’s stuff.

Go ahead, look around your office or home at all the stuff you were positive was going to make it big and have really great staying power.

And, of course, there are the hundreds of Internet/web-based companies that have come and gone leaving no residue behind except bruised egos and unfulfilled dreams.

None of them were necessarily bad ideas, bad products. Often it was because the folks who developed and marketed them hung onto them too long and were unwilling or unable to kill the product with a newer, better, faster, cheaper solution.

What’s keeping company folks from getting a good night’s sleep is that the product/service life cycle is getting shorter and shorter.

The CE/PC industry used to have an annual product refresh cycle. That has shrunk to a six-month, even a three-month cycle.

It’s getting so bad that the day after you start developing the next great thing, others in the organization are developing its replacement.

Both teams are hoping theirs is the product that you just gotta’ have. 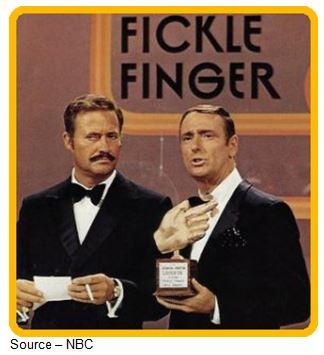 Laugh-In – One of the many highlights of the Rowan & Martin Show was the awarding of the Fickle Finger of Fate Award for a stupid or dumb mistake. Today, it’s something far less funny, more painful for companies/products; it’s stagnant sales.

That’s right; ultimately, it’s you the consumer (business and individual) who determines which product is fought over when folks wait in line for the store’s doors to open or is stolen when you’re out of the room or walking down the street.

Consumers also vote with their money as to which product/service gets Rowan and Martin’s infamous Fickle Finger of Fate Award … and how quickly.

In the case of the last three, there are experts (normal people who like to predict the future) who say each is going to replace/kill the other.

Product Release – With almost military precision, companies strive to get optimum consumer attention as well as deliver shock and awe among the competition. With today’s always-on, open organizations it’s increasingly difficult to surprise competitors and consumers.

It’s not just the product category the companies want to dominate; and despite their neat slogans – “designed for humanity,” “do no evil,” or other neat sound byte, they want to terminate the competition.

Companies, like their products, have their day in the sunshine and their dark days.

It’s true that with many of the companies and products, much of the problem can be laid at the feet of management. They become overconfident that whatever they offer, consumers will snap them up.

But as Ben Thompson wrote in a recent blog, even the best futurists, forecasters, management thinkers, “experts” sometimes get it wrong.

They also try to tell each other why they’re “more right.”

For example, consider your always-with-you smartphone.

There are two leaders – Apple, Samsung – and a lot of wannabes.

Experts got their first views of the iPhone 5C/5S and said they were going to be disasters or modest successes. Consumers didn’t care and bought 9M in the first weekend!

Samsung’s Galaxy 5 flavors got mixed reviews even within the same publications and still folks bought them.

But both firms have been doing well because they’re focusing on the consumer, not the person writing the review, forecasting the future. 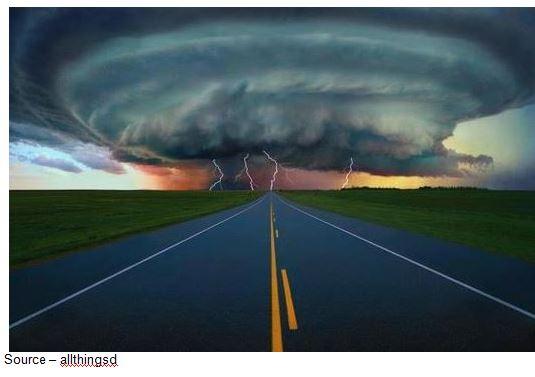 Uncertainty Ahead – Good engineers/designers usually have a clear idea of the next-generation product/service they are certain the customer wants/needs. The problem is once it gets in the customers’ hands, usage is often far different from the product plans. Sometimes that’s good, sometimes it makes for some tough driving.

They will also face challenges because consumers talk with other consumers (friends/family) and make their decisions based on “facts” that aren’t on a specification sheet or price list.

Consumers weigh the features, benefits and costs that are most important to them.

And don’t kid yourself, it holds true in business decisions as well.

There are logical reasons for every rationalized decision.

The challenge for the people making and marketing the products (and fortune tellers) is that it is impossible to predict, measure, document when taste, priorities will shift.

Here’s where industry experts can help the company time the roll-out of the next big thing you just gotta’ have and make you wish you didn’t have yesterday’s model.

Next time, you’ll get it right.