Lonely Toys: If Toys Are Getting Smarter, Maybe Parents Should Too

Since children don’t come with instruction manuals, the best way to get a peek at how to prepare them for the life they’ll inherit is CES.

This year, there were enough new toys to help parents handle every situation.

Bring the child home, put them in the crib with your pre-installed camera and you can monitor their every move, every breath.

The information is sent over the air (via your service provider) to an app on your phone, so they and you know what’s going on all the time.

Start ‘Em Right – Make certain your child is prepared for the world they will inherit by putting a camera over their crib so they can be monitored all of the time.  It certainly beats the old-fashioned way of going in to check on them.

Want to ensure their personal comfort? Put a monitor on their diaper and you’ll instantly know what he/she did and what needs to be done.

No one else could possibly know, right?

The show floor had it all to help parents understand the real status of technology and where it’s going.

You know, the baby and kids’ toys

Oh sure, there were wall-sized ultra-ultra HD TV screens, Dolby-ready to install home entertainment systems, speakers I could talk to and they’d listen/respond, smartphone-ready cars and watches that could squeal on me to my doctor on what I ate/how much exercise I had done in the past week but…

All that did was tell me where we’re at today, not what will be natural and normal with the next generation.

Millennials today have a love/hate relationship with robotics, AI, autonomous cars, smart homes/cities and all of the technology that’s going to make our lives easier and better for something. 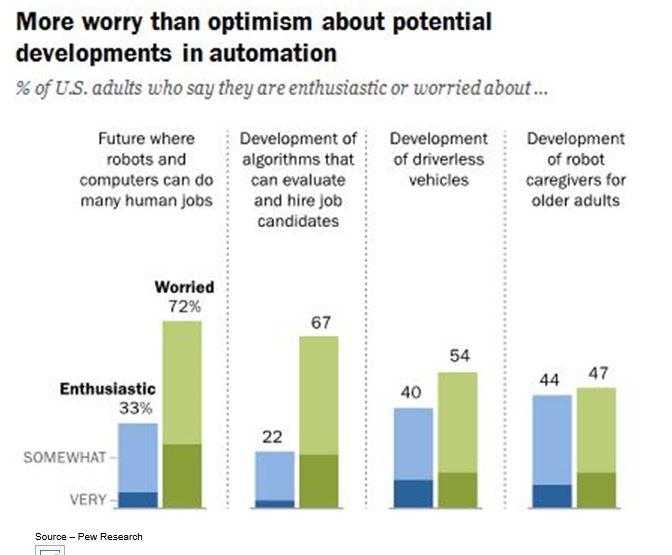 Cautious Look – If you focus on millennials and above when it comes to AI and robotics, most have their concerns.  But if you ask teens/pre-teens, they are encouraged about the advances because they’ve been surrounded by automation all of their lives.  In addition, the technology will take years before it is integrated into our everyday lives.  Even for millennials today, they use AI and automation continuously without even realizing it.  It will take time; and even then, we’ll see.

We embrace, worry about and resist automation; but it just keeps creeping into our daily lives and we like it!

In fact, when it comes to your kids, you feel guilty if you don’t take advantage of the most advanced technology available.

In ancient times (20-30 years ago) parents actually got out of their chairs and peeked in to see how the kid was doing for the evening.

That exercise was replaced with a new breed of really bad audio baby monitors that alerted you when something was going on in the child’s room, so you had better get out of your chair and peek in.

Things have gotten better and now we have super cool monitors that use Wi-Fi and wireless networks to let you beam images of your little darling to your smartphone or tablet–even if you’re across the country or half way around the world. 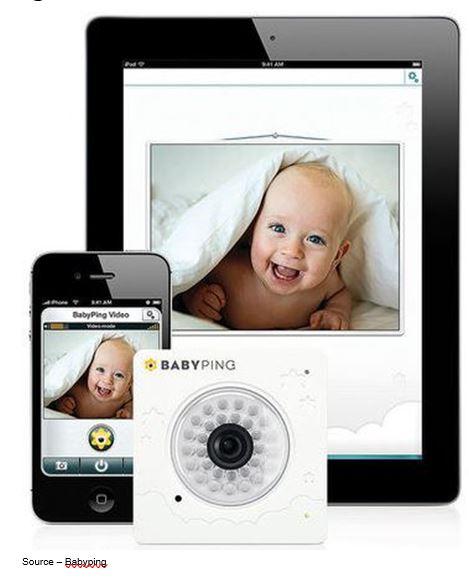 24×7 Monitoring – Everyone wants their children to be safe and healthy.  Increasingly, IoT (Internet of Things) technology enables parents to monitor their child constantly.  The challenge is that they – and the household – are also vulnerable to cyberattack because of weak security practices and protocols.

That means you can be active in your child’s life … even when you’re somewhere else texting, playing video games or stuff.

As we pile up the technology to take care of our kids, the industry has eliminated the need to tip-toe in and do the sniff test or check the diaper. Smart diaper attachments relieve parents of that uncomfortable, smelly task and give an instant heads-up to your phone.

Unfortunately, the auto changer hasn’t been released yet, so moms still get queasy or look away as they change the diaper.

If the kid isn’t being breastfed, moms and dads are warned about the dangers of bottle feeding. The wrong nipple size or an uneven flow can give the child gas; and well, you know.

And in between feedings we all know it’s important to constantly check the kid, so what better way than a Bluetooth pacifier that sends detailed information to your smartphone on his/her temperature and other vitals.

Naturally new parents have done a little research and study the products’ capabilities. They’re certain that the devices aren’t vulnerable to hacking, that the company is only accumulating detailed information to improve the quality/performance of the product or that the automatic software updates they send over will only make the product better and data more secure.

It’s nice to know that today’s involved parents don’t have to fumble through that awkward learning stage like we did.

The real challenge for parents though comes when the kids start coming of age.  You know, three – five.

Now parents are faced with a real fork in the road. 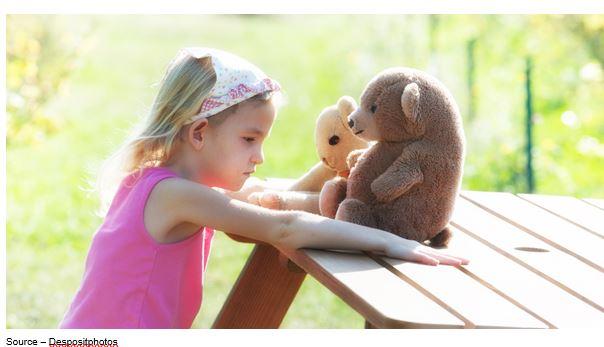 Talk to Me – There may be nothing more depressing for a youngster than to have a toy that is just a toy and doesn’t talk with them, interact with them, do things with them.  They’re just best friends. The child can tell the toy his/her thoughts/wishes/ideas without sharing them with the company or hackers.

You can choose a toy that doesn’t do anything.  You know, it just sits, lies there.

Of course, that forces the poor child to think on his/her own–use their imagination and build their own special world in their mind.

But it’s so much better to make the child comfortable with the environment that he/she will soon inherit.

Interactive Toys – Some of the most interactive toys today include AI technology to “talk” with children, cameras to follow the action and interactive data bases where children can be seen and can exchange information.  The toys also enable manufacturers to gather data to improve and enhance the toys based on the youngsters’ activities.  The Internet connection can also be used by “others.”

What can possibly be wrong with a doll that can carry on a conversation with her new owner?

The Norwegian Consumer Council called her a “failed toy.”

It turned out, the little darling could be accessed by anyone with an internet connection within 50 feet of the doll and all types of data could be collected.

But if the toy can’t be connected, how is the child going to be engaged with the world around him/her?

You know, with mom, dad, friends, hackers and identity thieves?

The other great toy is a robot with advanced intelligence?

That’s especially important if robotics and AI firms plan on being in business for the long haul.

If children grow up accepting the robot as a friend, companion or equal in the formative years; it’s a helluva’ lot easier to have them be a normal part of their lives when they’re millennials.

It helped the smartphone be the go-to, gotta-have device for everyone not that long after the first iPhone was unleashed.

It shouldn’t take that long before the robot will be part of your life.  You know, cleaning the house, driving you around, working next to you. 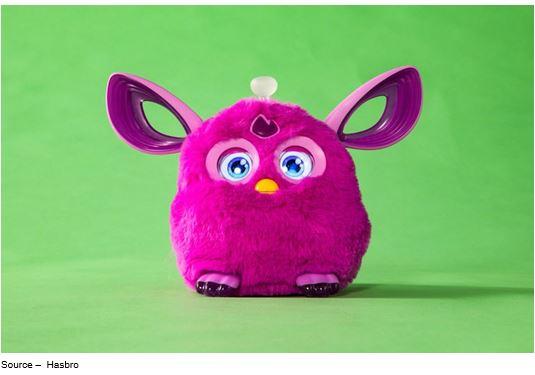 Cuddly – Tribbles appeared in “Star Trek” in 1967 but there were cute little balls of fur even before that.  While they look-kinda-alike, Furbies appear to be innocent and cuddly for kids; but they hold a deep, dark secret … they share everything you tell them.  Bad Furby … Bad Furby.

The other great toy is a derivation of the famed Star Trek Tribbles … a cute little Furby.

Of course, the Furby can do more than just purr and breed.

It will giggle, entertain, chat with the child, interact with the Furby world and connect with friends/others. And, it comes with its own app.

Oh yes, and because it uses Bluetooth in its Furby Connect; anyone within 100 feet of the furry little wonder can hijack the connection, turn on the microphone and talk with the child.

It ensures that mom, dad and others are involved in the formative years.

These, and a growing list of intelligent, interactive toys; have gotta’ be good for kids because they’re making them comfortable with the technology that will be an integral part of their lives … soon.

And no parent wants to be left behind.

They want to give their kids toys/tools that will educate, inform and prepare them for the interactive world.

If IoT (Internet of Things or Threats) are good enough for mom and dad, they should be great for kids.

Rich Data – If you think people will have a problem accepting autonomous cars, just look at how the toy industry is training the future buying generation for ready acceptance of AI, robots, all things smart.  Toy folks are investing billions in cute things that share personal/family/home information with good and bad people.

All of the interactive toys are probably part of the tech industry’s informal master plan that Gartner projects will be a worldwide web of 30B connected things by 2020.

According to Javvad Malik, a researcher with cybersecurity company AlienVault, the only problem is that most of these internet-connected devices make it fun and easy to bypass security.

People like Sarah Jamie Lewis, an independent cybersecurity researcher who tested toys ahead of the holiday season, found that many of the products don’t even take the basic steps to ensure the communications and child’s data is protected.

While the manufacturers are in a rush to obtain data about how, why and where the youngster uses the device, they’re also offering up digitally connected home and personal devices that can easily be turned into uncontrolled household/personal spy devices that enable hackers and thieves to spy on the kids and the entire household.

Now that’s a little drastic after all it was clearly spelled out in the inserts that were provided with the products.

And if the kids can’t talk with their toys, who are they going to talk with?

It’s just a lot easier to pass the buck and say it’s the government’s fault for not protecting people from themselves.

But it’s really up to parents to do their own research for the toys, devices they let kids use.

Just remember what Buttercup said, “The guy may seem plush and huggable on the outside, but inside, he's a monster!”