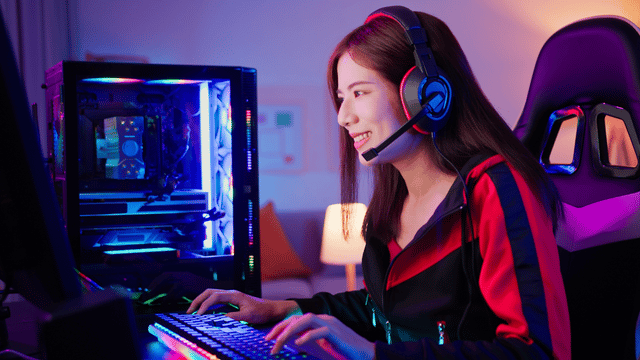 Gaming computers have increased in popularity over the last decade. While PC gaming has existed despite the Console Wars for decades, more people than ever are switching over as console lovers move to PC.

But what if you have a gaming PC that you’re ready to get rid of?

There’s no sense in letting your gaming PC sit in your closet and collect dust. If you’ve been trying to figure out how to sell a gaming PC, we’re here to help.

Read on for a brief guide on how and where you should sell your PC.

How To Prepare Your Gaming PC To Sell

One of the first things you should decide is how you want to sell your gaming PC. You have two options.

The first option is to sell your computer as a single, whole machine. This is the condition that your gaming PC is likely already in. Selling your PC pre-assembled has several benefits, but it also has a few drawbacks.

One of the main benefits is that the entire transaction will be done at once. After the fully-assembled PC is purchased, you have your chunk of cash and don’t need to worry about any further steps.

You’ll also get a larger lump sum as you’ll be selling your entire machine at once.

There’s an excellent chance that you’ll have an easier time making a sale, especially if your PC is in great condition or is a good price. Many people are in the market for an entire computer rather than building their own from parts.

Some are often willing to pay more than the parts are worth to save the hassle of building the PC.

Selling Your Gaming PC for Parts

On the other hand, selling your PC part by part can net you more money in the end. Some parts are worth much more than others (the GPU and CPU are likely the most expensive components, for example).

This helps you customize the price to make sure you get the most possible.

The main drawback is that by selling part by part, you will have many more transactions to worry about.

Additionally, some pieces could go for a low amount, and you may not want to bother with trying to sell them. For example, low-quality RAM and stock fans might never be purchased.

Other Considerations When Selling Your Gaming PC

Once you’ve decided how you’ll sell your computer, make sure that you save any data you want on a separate hard drive and then reformat and wipe the drive. Otherwise, you’ll be giving all of your saved files over to whoever possesses your hard drive.

Beyond this, clean the parts, dust the computer and make sure everything works well.

If you’re selling peripherals with the PC, such as a keyboard, mouse or headset, make sure those are cleaned and sanitized as well. Doing so will help them sell for as much as possible and make them better for whoever ends up with your PC.

There are many fantastic places to sell your gaming PC. These are some of the most popular options for you to check out.

Swappa is a user-to-user vendor selling service that focuses on legitimacy. There are fewer listings than many other vendors offer, but you can trust each one as opposed to the scam-ridden sites that are often used.

This site also focuses entirely on tech rather than a hodge-podge of anything people want to resale. Phones are the most frequently sold item on Swappa, though laptops and computers are also common.

With Swappa, you may have a better chance at a sale if you’re selling your gaming PC in one piece. However, if you’re attempting to sell your GPU, they have a section specifically for video cards.

Overall, Swappa is a reliable site that’s continuing to grow and focuses on legitimate sales. Selling your computer for parts won’t be the best choice, but if you’re selling your entire PC, Swappa is a fantastic option.

Ebay is arguably the most popular platform to resell anything. You likely already know about this site from its massive popularity.

The platform is among the best places to sell anything, but there are some hazards. For one, due to its popularity, eBay also commonly deals with scammers. It’s not uncommon to have people trying to buy or sell phony or broken items.

This also can make a sale more difficult since people are more cautious. Selling an entire computer at a good price shouldn’t take too long, but you may have to go through several buyers.

Buyers will also often try to negotiate. If you’re looking for a specific price, this can become obnoxious quickly. For higher-priced items like a gaming PC, this problem is significantly more common.

However, you can also easily sell the components of your PC if you’ve decided not to sell the entire PC as a whole. GPUs and CPUs are highly sought after on eBay, and you shouldn’t have difficulty selling them.

Less expensive or more common components like case fans often don’t go for much at all.

If you’re trying to sell your PC quickly, eBay is a great option. Just be careful of scammers and make sure that you’re paid before you mail out your gaming PC.

If you don’t want to deal with the hassle of communicating with buyers, then BuyBackBoss is a wonderful option. BuyBackBoss deals mostly with trading in smartphones of all makes and models. They also work with other used devices.

Best of all, BuyBackBoss will buy your device from you directly. This means you won’t have to worry about juggling different offers or checking your listings every day.

Instead, go to their website and follow their steps to sell a device. Once you’ve communicated what you’re selling, they’ll send back a quote of how much they’re willing to buy it from you for.

After you receive the quote, you have the choice to accept or decline it. If you accept, simply box up your PC and send it off. BuyBackBoss will pay you the quote as promised within a reasonable timeframe.

If you feel that your PC is worth more than they’re offering, you’re always free to turn down the offer and sell it another way. It’s never a bad idea to see how much different outlets are willing to pay.

Like eBay, Decluttr is a broader second-hand market. While there’s a definite focus on tech, you can sell everything from books to watches.

Nevertheless, most of the sections are focused on consoles, CDs, blu-rays, Apple products and similar goods.

Because of this, it’s a wonderful option for gaming PCs. That said, selling individual components is more difficult for Decluttr, making it a better choice if you’re going to sell your PC pre-built.

Decluttr also uses barcodes to search your tech. As a result, it’s best to sell gaming PC laptops or pre-built machines purchased from another vendor.

Once you’ve selected the make, model and condition of your PC, Decluttr will provide you with a price.

From there, Decluttr will send you a box and a printable label. Simply put your PC in the box, attach the label, send it off to Decluttr and you’re set.

Like BuyBackBoss, Decluttr is excellent if you don’t want to deal with customers. However, you’ll need to settle for their offer.

If you’re trying to get some quick cash and get rid of your PC, this is a wonderful choice. Otherwise, if you’re in no rush and want the best price you can get, you may want to shop around.

Of the sites listed so far, PC Swaps is the most focused on PC parts. While you can sell your PC as a pre-built machine, the site focuses more heavily on buying and selling parts.

On the website, you’ll find sections for every category of PC parts, including GPUs, CPUs, RAM, storage, peripherals, cases and more. Everything is under its own section.

Thanks to this feature, shoppers are able to browse specific parts more easily. This makes it a simpler task to sell as well.

Individual parts sell for tens of dollars up to thousands. You can find plenty of pre-built PCs being sold. If you’ve chosen to sell your PC as a full machine, don’t let PC Swaps’ focus on parts throw you off.

Best of all, the only reason to use this site is to buy or sell tech. That means you won’t have as many uninformed or casual buyers as you will on sites that deal with multiple categories.

Scammers are also less frequent as the site isn’t as big as ones like eBay.

PC Swaps makes selling your PC for parts a breeze, and you can customize the prices to your liking. It’ll require the effort of listing and selling, but you’ll get what you deserve for your PC.

Overall, if you’re familiar with your parts and know how to sell them, this is likely your best option.

Anything can be sold here, and the purchasers are often local. It’s a bit of a mixed bag with no focus on electronics, but you can often sell your PC relatively easily.

If you live in a larger neighborhood, check to see if your community has its own marketplace. This makes selling quick when it comes to porch pick-ups (ppu).

Selling as a pre-built machine is usually preferable on the Facebook Marketplace. Still, you should be able to sell for parts without much hassle.

It’s a great way to use social media to get your unneeded devices out of your hands.

If you still have questions, here are some answers that can help you through the process of selling your gaming PC.

How can I sell my PC with minimal hassle?

The easiest way to sell your gaming PC is to sell it as a pre-built system at a second-hand outlet.

If you’re comfortable speaking with clients and negotiating prices, sites like eBay are the most popular. Otherwise, use a program like BuyBackBoss to receive a fair quote and easily ship your PC off.

How much is my PC worth?

The price of your PC is based on the components within. PC parts quickly go obsolete, meaning a PC built five years ago is already worth a fraction of the cost.

If you aren’t sure, look up the different components of your PC and add them up. Adjust your price accordingly, and remember that some people are willing to pay slightly more for the convenience of a pre-built system.

Can you sell an old gaming PC?

Yes. However, a gaming PC will lose value quickly.

Manufacturers like Intel and AMD are constantly pushing out newer, better components that make previous releases drop in value. If your PC is significantly older, it may not be worth much at all.

Can I sell gaming PC parts?

Selling gaming PC parts is a great market due to the high amount of gamers that prefer to build their own computer.

To sell individual parts, use a reseller like eBay or Amazon. You can also rely on social media, but you may not get as many potential buyers.

A cooling system, your CPU, your motherboard and your GPU are the biggest sellers in gaming PC parts. Other parts like case fans or outdated RAM likely won’t go for much.

Selling your gaming PC in today’s market is easier than ever due to shortages and rising demand. Knowing where to sell your electronics is important.

If you’ve decided to sell your PC, check out one of the sites we’ve listed to get started. Whether you’re selling your PC as a pre-built system or as components, you’ll be able to get the cash you need.