Tell us a little bit about the company Live-Wall, how did it get started?

Acoustical Engineer Ricardo Lazzari and I wanted an invisible speaker based on traditional loudspeaker design. Most invisible solutions rely on an engineering compromise, and we think it’s readily apparent in transient attack, bass extension, and midrange clarity.

We thought it didn’t make sense to install a compromised speaker as a permanent fixture in someone’s home just to achieve “invisibility.”

Then Ricardo hit upon a way to make it sound right — using a clever design that forces a rectangular diaphragm to perform organically, like a traditional cone. Listening and measurement tests proved Live-Wall speakers perform indistinguishably from higher-end architectural speakers. That was the “eureka” moment. After initiating the patent process, we formed Live-Wall.

What distinguishes Live-Wall from other invisible speaker options?

It’s definitely the technology. So, most invisible speakers feature a large flat panel that gets cut into the wall then mudded and painted over. Most manufacturers essentially press speaker drivers against this panel, then play them loud enough to push sound waves through – which obviously dampens the output and creates these weird phase anomalies..

The Live-Wall panel itself serves as the diaphragm of the speaker; woven fiberglass directly driven by a neodymium magnet transducer. The whole thing becomes a true point source speaker, paint and all. The concept’s simple enough, but of course complicated to carry out. But Ricardo’s a brilliant guy so he found a way. And it’s patent-protected, so only Live-Wall technology can sound this clean and balanced.

What goes into the design of these speakers?

As with any speaker, you need a rigid base holding the driver steady to avoid muddying the sound with a lot of unwanted vibrations. We use a sturdy aluminum alloy frame, with the diaphragm held in place by an industrial adhesive used in airplane manufacturing.

It takes an everyday drywaller. And an audio integrator who knows what he’s doing. Of course, those guys are vital anytime you do architectural. In terms of having the right know-how, Live-Walls are actually pretty easy to mount flush to the wall. Or ceiling. Or soffit.

We also offer backboxes that work well with the speakers to create a tight seal reducing bleed-through to the next room.

What are some of the advantages of using a speaker like this?

Not seeing grilles definitely works for interior designers and homeowners who are tired of sacrificing appearance for the sake of sound. It’s easy to visualize the impact on minimalist, modern design themes with a premium on open space. But some of the more interesting uses we’ve seen is hiding speakers in otherwise very traditional or even rustic settings. A room can look old fashioned and still be wired for sound.

Also, thanks to the flat diaphragm, Live-Wall speakers offer incredible off-axis dispersion, so it’s really easy to get great coverage. Even in spots where placement might be an issue due to furniture or artwork or other décor.

What are some effective uses of Live-Wall speakers?

These are really versatile speakers, so I’m sure there are a lot of creative ways they could be used. Our invisible subwoofer extends performance into lower registers, so we’ve seen them set up as complete surround sound systems in living rooms and bedrooms. Live-Walls include protection circuits to ward against electrical damage so they’re really built to last. They even happen to be moisture resistant, so they work great in bathrooms, indoor pool areas, even steam rooms. They can fit in soffits and ceilings – really anywhere you could fit a light fixture or picture frame.

Why aren’t invisible speakers more popular at this point in time?

The stigma of poor performance carrying over from that first wave of designs probably keeps invisible speakers from being the most in-demand architectural product right now. It was an exciting innovation, but it left so many AV professionals with a bad first impression, now they just consider the whole invisible speaker concept to be untenable. It’s starting to come around though. We believe you won’t see traditional grilled speakers specified in high-end homes within five years. We work with many integrators today who only specify Live-Wall speakers — they simply resist installing grilled speakers.

Riccardo Lazzari, the Live-Wall Founder has said he believes that “in the not too distant future, that all architectural speaker systems in the home will be invisible”.  Why do you believe this and how do you think we will get there?

Maybe there are some cases where you’re working in an extremely limited space. But now that we’ve had a few years with Live-Wall technology to really test its potential, a smaller invisible speaker shouldn’t be too far off.

We’ve been developing additional patents which will allow Live-Wall to offer a range of speaker systems, in various formats, and at various price points. Within 5 years we will have invisible speaker options for just about every room in the house, including dedicated theaters and landscape systems. 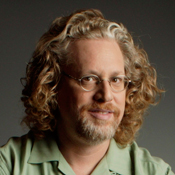 About Ira Friedman
Ira founded Bay Audio in 1998, following nearly a decade serving as Vice President at Boston Acoustics. With a Harvard MBA and more than two decades of industry experience, he brings a uniquely studied approach to the integrated speaker business. Rather than working from the bottom line up, Ira keeps his eye on the wants and needs of Bay Audio’s end users, challenging his organization to exceed their expectations, both in terms of product development, and service.

Ira has adopted a leadership role in the culture of custom audio integration as well. He’s contributed articles to several leading trade publications, and with his book The Bay Audio Guide to Companion Selling, has pioneered a specification process helping integrators move away from aggressive and alienating “selling” techniques to a more collaborative, trust-based system that places the focus on customer goals. He’s hosted annual Companion Selling seminars for hundreds of integration industry experts from the US, Canada, and Europe.