How to Connect Your Home Theater System

Reprinted with permission from the Aperion blog:

Now that you have your new Aperion speakers, receiver and whatever sources you will be using, it’s time for the real fun to begin and to start hooking everything up. All the boxes and wires can seem a bit daunting at first, but this article will guide you through how to connect your home theater so you’ll be kicking back and enjoying your new home theater before you can say DTS Master Audio HD.

Connecting Speaker Wire to the Receiver

A good place to start is to connect your speakers to the receiver. Each speaker, with the exception of the subwoofer, is going to have two conductors, a negative (-), color coded black, and positive (+), color coded red. Just make sure you keep positive (red) going to positive on the speaker side and the same for the negative conductor. Usually one wire will have some sort of marking to distinguish it from the other. Personally I always put the marked conductor on the positive side so its easy to remember. Remedial as these reminders might be, if your wires are not plugged in properly, they will be out of phase. This results in odd sound localization that makes you feel like your ears suddenly stopped working.

When it comes to making the connections, strip and tightly twist each speaker wire separately. Make sure there are no loose strands that can touch anything other than the terminal the wire is intended for. If any stray strands from the two conductors touch, then the connection will short out and the speaker will not produce any sound. For a more solid connection, you can use banana plugs, which make it a lot easier to plug and unplug your wires and can also protect the ends of the wire from oxidation over time.

Finally, if you are bi-amping your fronts, keep in mind you will have four conductors going to each front speaker. You can also read our blog dedicated to bi-amping for more information.

As we mentioned, the subwoofer has a different connection than the other speakers, well at least usually. Many subs will actually accept a speaker wire connection, but that’s not recommended as it will just be a low frequency version of the front channel signal. In order to get the specific LFE track from Blu-Rays an other media, you’ll want to use a digital subwoofer cable, which is a coax cable with an RCA connector type. You can either use a single connection on both ends, or one with a y-adapter on the sub side which boosts the signal to the sub a bit.

Wire and cable is

something some retailers advise you to skimp on. Don’t. There is a direct relationship between the quality of the home theater experience and the quality of the cables, particularly for long cable runs. Keep value at the top of your priority list. There are few other retail items that will lead you down the road to diminishing returns faster than wire and cable. Find high gauge, heavily shielded cables with solid connectors that don’t cost a fortune. If in doubt, ask your Aperion guru, or read our article on wire and cable.

These days connecting your components is very easy, since HDMI is just a single cable. Back in the day you could need as many as five cables, one for the left channel audio, another for the right channel and then three separate component video cables, all for just one component such as a DVD player or VCR. So not only is HDMI a standard that allows for better picture quality and audio, it really helps cut down on the tangle of wires that people used to have behind their entertainment centers.

As long as you are using HDMI, it’s a snap, just connect an HDMI cable from the output of your Blu-Ray player, gaming console or any other HDMI compatible box and connect it to one of the HDMI inputs of your receiver. Most modern AV receivers have at least five HDMI inputs which usually is all you’ll need, although many high end receivers have as many as eight or nine inputs.  The receiver HDMI inputs will be labeled, so to keep things simple, connect the Blu-Ray HDMI to the HDMI input labeled BD, gaming console to the HDMI input labeled Game and so forth. If you want to get fancy, you can rename the inputs in your receiver’s set up menu, should you have a component that is not one of the pre-labeled options.

Once you’ve done that, you’ll want to connect the receiver to your display, which you’ll do via the HDMI output from the receiver and then into the HDMI input on your TV.

Pro Tip: If your receiver has an HDMI output labled ARC (audio return channel), make sure you use it as any content that originates at your TV, such as apps on a Smart TV, will be able to send the sound back to your receiver and then to your speakers by using ARC. To put it another way, if you don’t use the ARC connection, any sound coming from your Smart TV’s apps will stay at the TV speakers and won’t come out of your other speakers.

Now if you do have components that don’t support HDMI, you’ll probably be using component cables for the video, which are grouped into three separate cables that are color coded red, blue and green. There are older formats like S-Video and VGA, but honestly you’re going to have a tough time finding receivers that will accept these legacy connectors anymore and they won’t look good on a HD or UHD display, so it’s probably time to put that DVD/VHS combo player from 2001 out to pasture, but hey, it had a good run. For the audio, a digital audio connection will be ideal, such as optical or coax. This will pass surround sound from the component to your receiver. If all else fails, you can always use analog composite cables, the good old red and white connector types that were ubiquitous in the ’70s and ’80s. Just keep in mind that they are stereo only.

If you are hooking up a turntable, you most likely will be using red and white composite cables, since vinyl is an analog format. However, you will need a receiver with a phono input since the signal from a record player is much quieter than other components in order to reduce noise. That signal will need to be boosted by a phono stage in the pre-amp section of your receiver, which is connected to the phono input. If you don’t have a phono input on your receiver, you’ll need to use a separate phono pre-amp which will boost the signal to line level and then you can connect to any line level input of the receiver. If your turntable has a ground wire, don’t forget to connect that to the terminal marked GND on your receiver or pre-amp.

Dialing in Your System 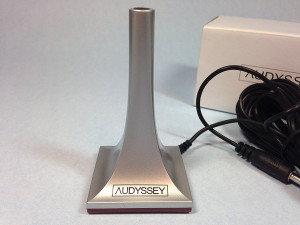 Next you’ll want to adjust the settings for each speaker in terms of each speaker’s volume, delay to compensate for distance and EQ.  You can use your receiver’s auto setup program with the included microphone that came with it to set the distances and individual speaker volumes. But if you have an SPL Meter, you can manually set the volume of each speaker, which in some cases can be more accurate than auto set up. You can take our course on using an SPL meter to calibrate your system. Refer to your receiver’s manual to guide you through the process.

Pro Tip: If, at times, you notice the surround speakers playing much lower than the front speakers, don’t be alarmed. They are likely doing their job of supplying subtle atmospherics and ambiance.

Whether you should leave all of your speakers on or only listen to music in stereo is actually a pretty hotly debated topic. Some diehard audiophiles insist you shouldn’t tinker with the original sound format. Audiophiles say, if an album was recorded in stereo, then by golly you should listen to it in stereo and nothing else and like it! However, others like the immersive sound you get from the DSP modes of your receiver like Dolby Pro Logic IIz or DTS Neo: 6. Your receiver has versions of these DSP algorithms that are specifically designed to enhance music. If you want to get into this topic a little more deeply, check out our blog on placing stereo speakers.

Personally, I used to listen to a lot of music in multi channel, but these days I usually opt for just two channel with a sub.

The final say? You. Listen to your system both ways and trust your ears.  They’re right, no matter what anyone else says!

Thanks for reading our guide to getting everything set up and as always, happy listening!