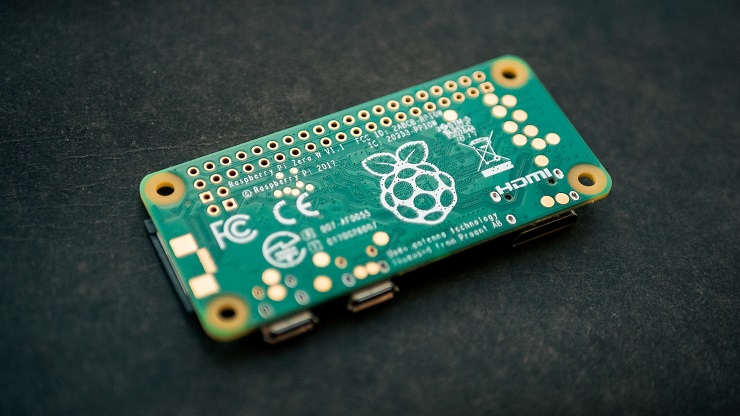 Home security can be expensive, but tech-loving home owners can now create their own inexpensive security systems with the tiny supercomputer called the Raspberry Pi.

With larcenies becoming increasingly common, it might be wise to invest in a Raspberry Pi-controlled security system for your home. These cool do-it-yourself home security projects could be the answer to your home security concerns, while also being easy on the pocket.

Are you a student slumming it in a bad neighborhood to save money? Or a single guy/girl who wants to secure his/her home without shelling out hundreds of dollars on an expensive security camera?

Or are you just a geek looking for some fun do-it-yourself security project? If you have the time and basic coding skills, you could use a Raspberry Pi to secure your home and car from multiple threats: intruders, viruses, as well as pilferers.

For the uninitiated, the Raspberry Pi is a credit-card sized single -board computer developed by the Raspberry Pi Foundation with the intention of introducing children to computer science. Since it hit the markets in 2012, the Internet has been abuzz with hundreds of do-it-yourself projects using this inexpensive computer, from home automation to robotics.

The 2012 crime clock statistics show that one burglary occurred every 15 seconds in America. The theft rate is just as alarming, with one larceny-theft occurring every 5.1 seconds. Wouldn’t your home and car be safer with a low-cost Raspberry Pi-controlled security system?

VHome Insurance has been conducting research on various low-cost Raspberry Pi products that could enhance your home security systems. Here are seven of the coolest do-it-yourself home security projects.

Isn’t it more convenient to store your valuables in your own home instead of keeping them at the bank’s safe deposit box? You can use them whenever you need to.

With a Raspberry Pi (Model A or B), Raspberry Pi camera, wooden box, a battery holder, and a few other accessories and tools, you can make your own face recognition treasure box. It will open only if it sees your face, and it does not require any facial recognition to lock the box.

One of the biggest fears of our generation is losing data. Protect your private network with a Raspberry Pi-powered firewall and intrusion detection system.

All you need is a Raspberry Pi, an SD card, an Ethernet cable, a micro-USB power cable, an Arch Linux ARM image, Win32DiskManager software, and one USB keyboard. You will merely have to follow 14 simple steps to secure your home PCs.

Make your own simple, easily configured alarm system that you can customize to suit your needs. The best part is that you can monitor the system through your smart phone or computer.

Yes, it is possible. And it’s extremely doable. You can use your Raspberry Pi to make a motion detecting, face recognizing surveillance camera that can be controlled with your smart phone or laptop.

It’s a door bell that you can hear anywhere in the house. You can program your Raspberry Pi to send you a message on your Pebble smart watch. That is, of course, assuming that you own a smart phone and a Pebble smart watch. You could add a camera to the device for your security concerns.

Switch main electricity supply on and off

With a Raspberry Pi and a remote control, you can switch off the main electricity supply to your house on and off. You can switch the lights in your house on and off from a remote location to give the impression that there are people at home. This device helps with so many other things (to operate your washing machine, turn lights on and off with motion sensors, turn the radiator on when the temperature rises) that its use for security purposes is just an added benefit.

Grand theft auto is one of the most common crimes in the United States, with one vehicle being stolen every 43.7 seconds in 2012. A Raspberry Pi-controlled car alarm could be the answer to your car safety concerns. This car alarm system texts you if it detects movement, blares the alarm, turns off ignition, and locks the doors. This is the perfect device for those who want to secure their cars without spending hundreds of dollars on expensive car security systems.