Customer Edge (CE) routers from Broadcom, Netgear and ZTE were the first to be approved for the IPv6 CE Router Logo.  Please provide an overview of the CE Router Logo and explain its significance to service providers.

IPv6 Ready CE Router Logo tests all the MUST requirements stated in the IETF RFC 7084. As with all IPv6 Ready Logo programs, a CE Router must pass all the required test cases in the program. The testing demonstrates the CE Router interoperating against two Broadband Routers and two host devices in the Home Network. IPv6 Ready CE Router Logo indicates to a service provider that IPv6 functions in the CE Router. This saves them time debugging IPv6 issues which means fewer service calls about network problems. CE Router manufacturers have an increase in confidence in their IPv6 implementations. For End-Users it will allow them to utilize the new addressing that Service Providers give them.

What is IPv6 and why is it considered a key enabler of the Internet of Things (IoT) era?

Why is the IPv6 Ready CE Router Logo important for CPE manufacturers and how will it help them drive revenue and/or capture market share?

IPv6 Ready CE Router Logo will allow CPE Manufacturers to demonstrate that their Routers can be deployed in IPv6 environments by both Service Providers and home users. This will increase sales for the manufacturers since the buyers will immediately know that the product supports and conforms to the IPv6 standard. In short, the program ensures that products go to market faster and with more confidence.

How does the IPv6 standard for routers benefit the end users?

The IPv6 Ready Logo requires that the mandatory functions be implemented with zero configuration, so that users will get IPv6 without having to login and change settings.

IPv6 will enable users to connect more devices on the home network that can now communicate end-to-end. Cloud services in the home, such as security or home automation system, depend on the ability to easily connect to cloud store data and IPv6 will enable this communication to happen.

How can interested CE manufacturers participate in IPv6 CE Router Logo testing?  How long does the process take?

CE Routers must run both the Conformance testing and Interoperability testing according to the IPv6 Ready Logo Test Specifications. Many CE Router manufacturers choose to run this testing at a laboratory, like the UNH-IOL, to gain access to a ready-to-go Interoperability test bed and generate results quickly. Contracting this testing saves them both time and money. The Conformance testing, which consists of roughly 600 test cases, needs to be performed on a device using a custom test tool such as IOL INTACT®.   Once all the test cases are passed they are submitted to the IPv6 Ready Logo Committee for review and a Logo is awarded. The process may take up to a month for all the testing and debugging and another 2 weeks for the Logo Committee administrative processing. It is advisable for CE Router manufacturers to account for this testing time prior to release.

Aside from IPv6, how else is the UNH-IOL aiding in the development and testing of future home networking protocols?

We have been aiding in the development of home networking protocols while also achieving our long standing mission, fostering interoperability, conformance to standards, and improvement of data networking while educating students for future employment in technologies. For the networking industry, the IOL is currently working with organizations such as Broadband Forum (BBF) and IETF on future protocols. Specifically, for the BBF, we are participating in User Service Platform development, which is the evolution of TR-069 to include focus on service management in the home. With the IETF, we are closely following the Homenet working group which is developing protocols to help with the networking changes that residential home networks are currently undergoing including service discovery, security, and routing in the home.

In addition, we also help with the development of home networking protocols by teaching the next generation of engineers the skills to aid future employment in cutting-edge technologies.   Programs like IPv6 Ready allow UNH students to gain skills in debugging, testing, and development for tools, such as IOL INTACT. The Lab has roughly 100 undergraduate and graduate students that are testing and developing a wide range of technologies to further the advancement of home networks. 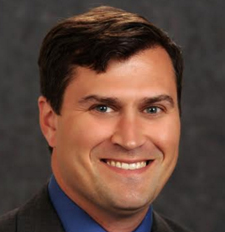 About Timothy Winters
Timothy Winters is a Senior Manager at the University of New Hampshire InterOperability Laboratory (UNH-IOL). He works with companies from all over the world to develop broad-based, flexible testing strategies to cost effectively meet network interoperability requirements for the Internet Protocol version 6 (IPv6), Session Initiation Protocol (SIP), Routing, and Home Networking.