Using WiPNET to Connect the Home With the Existing COAX Network

WiPNET is a 2012 International CES Best of Innovations award winner for its innovative approach to in-home Web connectivity and networking. What are the main benefits and innovative features of the system?

WiPNET at its simplest is Ethernet over coax. This means we can provide high speed Internet access to every location in a home with little more than the replacement of existing coax cable wall plates with WiPNET ports. The WiPNET ports themselves are modular with a “cartridge & sleeve” design that allows cartridges to be swapped as technology or needs change. At its core, WiPNET is fast, easy and reliable.

In-home Ethernet has been established with products like powerline. How is WiPNET different?

Unlike powerline, WiPNET uses a home’s existing coaxial cables to create an Ethernet network. This is key for several reasons, and top of the line is reliability. Powerline by definition is an unstable medium that is prone to instability and surges. This means that in the real world it can never achieve the inflated networking speeds it claims to get in the lab environment…which is fine if you only plan to surf the web, check email or login to Facebook, but if you want to deliver buffer-free video streaming to your TVs, you’d better look at a robust networking technology.

WiPNET also utilizes MoCA® technology, which is currently in use by 87% of television service providers today. A few other companies do deliver MoCA products today, but they are dongle-based products versus WiPNET, which is in-wall and employs our patented cartridge & sleeve design. This is the real beauty of our product — once the sleeve is installed in the wall, the homeowner can readily upgrade cartridges as new interfaces for the CE devices come about. As we like to say, “There’s a cartridge for that.”

What are the main challenges that consumers now face in their increasingly connected home entertainment environments and how does WiPNET address these issues?

I think the era of IPTV has arrived. The number of web sites and companies working to deliver IPTV content (i.e., Netflix, Hulu, etc.) and the desire for freedom of choice of that content has created the need for fast, easy and reliable Ethernet networking to all areas of the home. Today consumers are using technologies like powerline, or are trying to make use of a single wireless router to deliver high speed Internet services to their TVs, and they are ultimately failing. Take the example of Google TV — many customers and most tech writers have panned the platform because of poor user experience. But what most aren’t taking into account is that they do not have a wired Internet connection at their TV. Coupled with the fact that Google’s interface does little to provide feedback as to why the chosen video is either buffering, suffering from over-pixelation, or even worse just not responding to input!

Which is exactly why we developed WiPNET — by taking advantage of the fact that 90% of America’s homes and apartments have coaxial cabling in the walls, and that only 10% have Ethernet networking, WiPNET ports simply replace the existing coax cable wall plate, and use the existing cables to layer an Ethernet network over the cable TV or Satellite signals, without disrupting any TV services. So in a matter of minutes, a homeowner can replace a coax cable wall plate with a WiPNET port and be up and running.

Another challenge that is also facing consumers is the difficulty of wireless networking. Today people have two basic Wi-Fi choices — a single wireless access point with inadequate coverage, or a repeater network which actually propagates diminishing signal strength due to walls, distance and radio interference, and is difficult to program and setup. 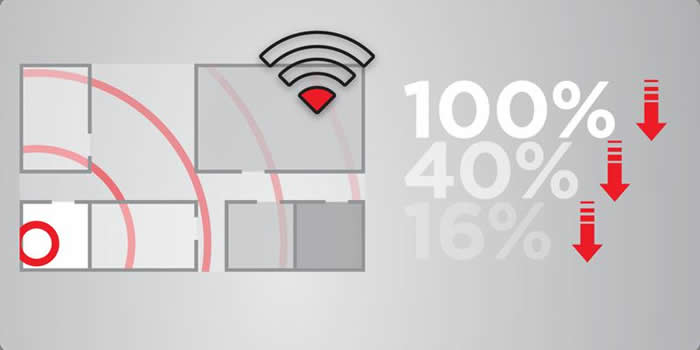 Wi3 will soon be releasing a version of our cartridge with a built in Wi-Fi access point that will solve these problems. The Wi-Fi WiPNET port will use the 802.11b/g/n protocol, attaining the same data rates as today’s g/n routers. However, thanks to the wired coax backbone, multiple access points can be installed on a single network with each delivering 100% of the Internet bandwidth available. Furthermore, no programming is needed as they share a single SSID — all that is required is the setup of a username and password. 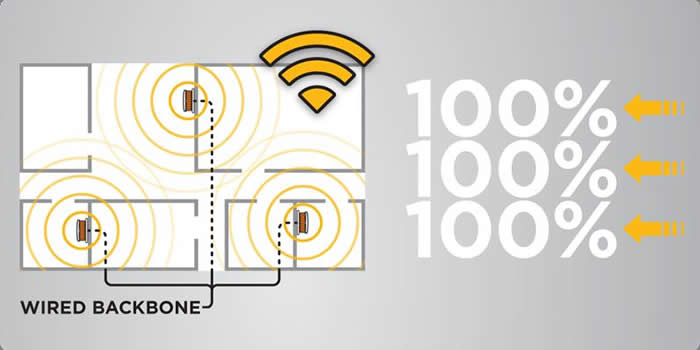 Does the homeowner need special skills or an installer to set up a WiPNET system?

In most installations, only a Phillips head screwdriver is needed. The design of the WiPNET port is such that a standard installation places the sleeve portion of the port in the wall, with the screwless wall plate and cartridge hugging the wall surface. In some cases, walls do not have enough depth, or the existing wall box is too small to accept the WiPNET port. In this case we have a simple clam-shell accessory that allows the WiPNET port to be surface mounted.

Once the WiPNET ports are in place, all it takes to get the Ethernet up and running is a single Cat5 cable run from the router to any WiPNET port on the network. It only takes about 10 seconds for the units to recognize one another and auto-configure the entire network. No programming, no wire pulling and no fuss.

OK, what are the performance numbers that our techies will be interested in – how fast is fast, etc.?

This is where the story gets exciting. I’ll begin with test results in simulated real world conditions generated by our chipset maker, that compare WiPNET to both Wi-Fi and powerline networks.

So, even with 5% noise on the network and up to 16 WiPNETs all active, the network is still running at 135Mbps or greater versus the 10-30Mbps performance of the other technologies. And to be clear, WiPNET is not a hub; the system acts as a ethernet switch so every RJ-45 port is capable of those speeds.

How much does it cost to install a typical network?

To create a network, minimally two WiPNET ports are needed, and up to 16 can be used in a single network, so the base investment is roughly $300. Our plans include releasing a starter kit that will provide three WiPNET ports, one or two of the ports being the Wi-Fi variety, at a promotional discount level. Furthermore, as we develop new cartridges beyond the Wi-Fi version, we’ll begin to sell cartridges separately so that a homeowner who has WiPNET installed today can upgrade at a minimal cost in the future.

Ultimately though it’s really what WiPNET doesn’t cost where the comparison should be made. WiPNET performs at the 10/100 Base-T Ethernet level, but unlike a Cat5 based network, WiPNET does not require fishing new cables in the walls and cutting new holes. The time-savings alone can be hours per drop, and hundreds of dollars or more per installation.

Is there a commercial installation scenario where WiPNET could be applied – ie Small offices, MDU’s, Restaurants etc.?

Absolutely. We think this might actually be WiPNET’s sweet-spot. Most of the same value sets exist — existing coax infrastructure, easy swap of coax wall plates with WiPNET ports, time/labor savings, etc. — but where it really comes in handy is the hotel industry. An installer can provide in-room Wi-Fi and wired connectivity while maintaining the existing TV services all over the existing cable infrastructure. This means the room isn’t out-of-commission for two to three days as Cat5 is run and holes are drilled, and the hotel owner doesn’t lose revenue due to lost nights. It also means the hotel can now generate billable services per SSID for every room and its bandwidth usage. This will completely change the average traveler’s experience with hotel Wi-Fi, which everyone can agree is usually a huge source of frustration.

Ultimately we have a small amount of work to do on the head end of this scenario to support installs of greater than 16 rooms, but we are working with great partners to create a solution that will be available in the coming months.

What do you predict to be the biggest trend in home networking in 2012?

As I mentioned before, everything is going to move toward IPTV services. All HDTVs above 32 inches have an Ethernet port already, Google is doing fantastic things with Android, and Apple is ready to drop a new Apple TV solution on the marketplace as we have all heard. The world is primed for an explosion of Internet-based programming services. And with the exponential increase of Wi-Fi devices at play in homes and businesses, it only becomes that much more obvious that the need to offload the bandwidth-intensive traffic to a dedicated, wired network is a reality, while at the same time we will need ubiquitous Wi-Fi to support it all.

What’s on the drawing boards at Wi3 for the future?

Well, with our entire design being based on the premise of upgradeability, we have lots of cartridges in the cooker. We demonstrated a cartridge at CES 2012 with an HDMI port. We’ve had discussions about putting a hard drive into a cartridge to then be a fully networkable DVR. And beyond our current 802.11g/n Wi-Fi cartridge we are looking at the incredible new 802.11ac specs… after all, once the WiPNET platform is in place, new technology is just a cartridge away!

Lastly, we also have an entire line of professional integrator products that we will develop simultaneously. These will essentially be the same concept, but will include power over coax, thus negating the need to locally power each WiPNET port with a small power supply. This platform will include a true gateway device at the head end of the system that integrates the modem, router, MoCA technology, power over coax, and even a Wi-Fi access point all into a single unit, effectively removing all the weak links in the network that exist today. As this platform will require a lot more knowledge than the installation of today’s WiPNET products, we will only sell them through the professional distribution market.