The Cloud Success, Residue is All Your Fault 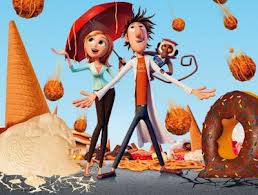 Image Source – “Cloudy with a Chance of Meatballs,” Columbia Pictures

“You may have seen a meteor shower, but I bet you've never seen a shower "meatier" than this.” – Sam Sparks, “Cloudy with a Chance of Meatballs,” Columbia Pictures, 2009

Listen to Salesforce’s CEO Marc Benioff at this year’s Dreamforce ’12 and life, business couldn’t be better …we live in the virtual world with all of our memory stored in “the cloud.”

It’s a whole lot better than back in the day when we called it “outsourcing.”

Back then, we had huge mainframe systems costing a gazillion dollars, huge special rooms full of storage and hundreds of people doing mystical stuff to keep information flowing … all terrifically expensive.

So to reduce costs and save energy, companies pawned the work onto someone else, leaving companies free to figure out how to make products, deliver services, talk to other companies and convince people to buy them.

But folks didn’t like the sound of outsourcing – and there were other issues – so they took it back until things could get better.

It didn’t get better, but we did get a better name … The Cloud, social media.

As Joe Towne observed, “Hey, I had a weird dream like this once!”

And people love it – they may not understand what it means, what it does – but they love it. 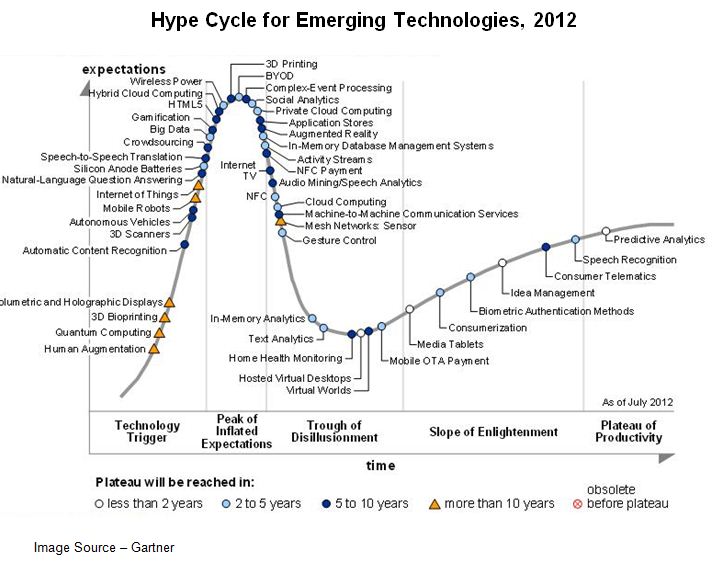 Face of the Wave

Business thinks it’s good; folks on the street think it’s good … even though a Citrix-sponsored report from Wakefield Research found we don’t have a clue:

Trying to understand the confusion, Flint Lockwood asked, “I don't even know the rules. Is there like a point system, or is it to the death?”

The folks attending Benioff’s Dreamforce ’12 – especially sales/marketing types – packed sessions to hear GE’s Jeff Immelt, Virgin’s Richard Branson, former secretary of state Colin Powell and members of the Salesforce team so they could understand and improve their use of file-sharing and all the stuff in the cloud.

Bigger than Big – Big Data is increasingly important to companies that are slowly, sometimes painfully, learning that there is untapped wealth in the cloud if they can just figure out what all the information means and how to use it to sell even more of everything. Dreamforce ’12 showed thousands of sales, marketing and IT people that Salesforce had the tools/services to get the most from Big Data.

Benioff’s team has done a super job of pulling together solutions that will help companies do a better, more effective job of harvesting Big Data in The Cloud.

There are a lot of reasons – beside the fact that all of your clicks/taps are there – that companies are rushing to use cloud services. 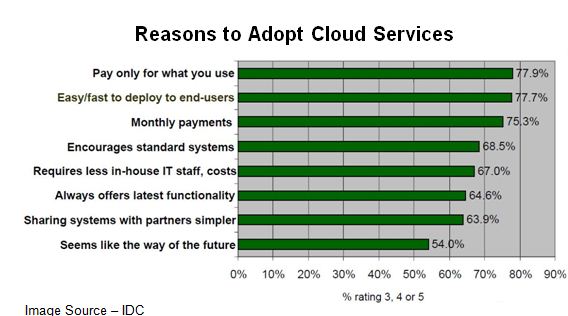 Optimistic Opportunities – Computing and storage in The Cloud is not only cost-effective,  it seems to free up a firm’s precious capital and give them greater operating flexibility to meet the market’s constant and rapid changes.

The Cloud is an efficient place for companies that are now global in nature to carry out their business processing, DSS (decision support systems), VOIP (voice over internet protocol) and improve the management of their IT infrastructure, applications development, web infrastructure and collaboration.

Oh yes, there’s also the fact that you’re there and they want to/need to sell stuff to you.

Sure, there are a few issues, problems that have to be worked out; but what the heck, what’s business/life without a few “issues”? 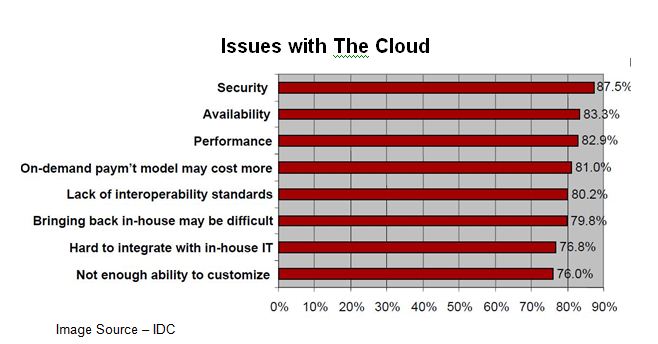 Bumps in the Road

The Cloud for computing and storage is not without its risks and downsides. It requires a skilled and experienced IT team to weigh the pros and cons of content in The Cloud.

Probably the biggest issue companies, cloud services and ordinary people have about The Cloud is the fact that there is a growing army of hackers, whackers, phisherpeople and cyberthieves who also just love harvesting personal information from the Big Data.

But little things like that don’t bother people who have grown up never knowing anything but being online — millennials, teens, preteens.

For us, it’s like Flint Lockwood said, “It's okay, it's just pain.” 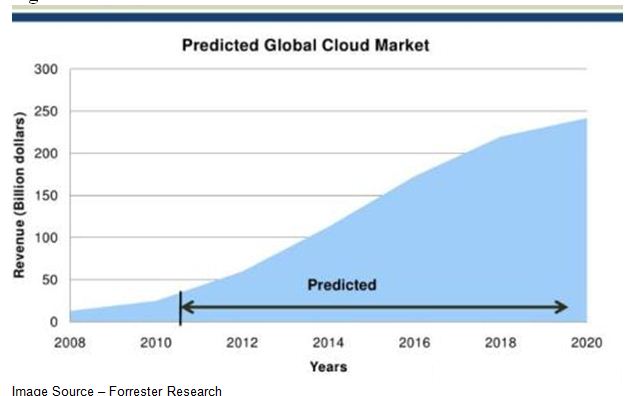 Huge Uptick – Despite the numerous downside issues and risks; cloud services, including virtualized computing and storage, will continue to grow and become tougher to manage. It’s so popular that every dog and cat has a cloud strategy.

Not only is The Cloud at the top of Gartner’s Hype Cycle, it’s the number one selling goal for organizations large and small. You know, Google, Amazon,  Salesforce, Microsoft, Apple, Facebook, box, dropbox, Intel, Unisys, Dell, Oracle, HP, EMC, Sally’s Laundromat (O.K., we made that up but…).

Media and marketing enthusiasm for selling and using The Cloud has undoubtedly convinced more than a fair share of firms to put their faith and future in someone’s cloud service. It doesn’t really matter if you can’t identify what it is, you’re using The Cloud.

The Cloud is so hot, it’s cool.

The only problem is that when something sounds too good to be true it usually isn’t.

The Cloud is no different.

The Cloud – your business, your personal cloud – isn’t something fluffy, soft, pure. It’s the 21st century’s version of the industrial revolution.

Firms large and small are building, selling and servicing “clean, fresh, wholesome cloud services around the globe. Utilities like them because they operate so inefficiently that they are a steady source of electricity sales. Oh yes, and they consume a steady stream of servers and storage devices.

This is small compared to The Cloud service data centers that exist and are being constructed every day around the globe to meet business’ needs as well as all the social media Facebookers, Tweeters, YouTubers, photo loaders, you name it.

And the volume of “important stuff” keeps growing.

EMC and IDC estimated that more than 1.8 trillion Gigabytes (trust us, that’s a crapload of stuff) of digital information was created globally last year.

Even though only about 20 percent of that information will ever be accessed, social media sites and cloud services can’t take a chance that you don’t get the information you need the moment you click, most of that data is kept on hard drives in the data center so it can be delivered BAM!!!

Even though three-quarters of the stuff being stored is for ordinary folks Jeremy Burton, a data storage expert says, “It is absolutely a race between our ability to create data and our ability to store and manage data.”

Typically, data centers are overbuilt and overprovisioned just in case the processing/storage is needed.

Globally, data centers operate at seven to twelve percent of capacity because to be honest, you and I are impatient.

If you have to wait 10 seconds for a website to respond, you click away to another site.

If you don’t get your spreadsheet or video loaded and running instantly, you slap your screen.

It doesn’t matter what you want, even if you’re like mayor Shelbourne, “A turkey stuffed inside a pizza, the whole thing deep-fried and dipped in chocolate.”

To keep you happy and keep you as a customer, servers and storage devices are constantly powered as is the cooling system, backup batteries, generators, all the things in the datacenters.

We Want It IT

Amazon recently said their Glacier storage service would be available (most of it small business, personal stuff) 99.9999 percent of the time.

The NY Times recently found that a single data center takes more power than a medium-sized town; and worldwide digital warehouses use about 30 billion watts of electricity, which is roughly equivalent to the output of 30 nuclear power plants.

The Facebook, Alibaba, Twitter, YouTube folks (4B of the 7B people on the planet who use the Inet and social sites) are the problem because they expect anything, anytime, anywhere and NOW!!

As Pogo said, “We have met the enemy and it is us.”

The difference with outsourcing this time around is that it’s in The Cloud. 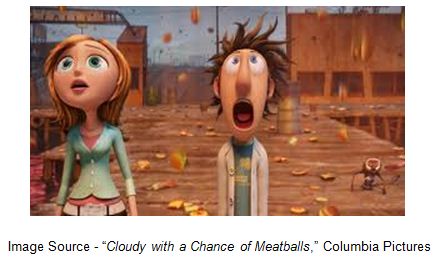 The only problem with The Cloud is that data, that information, that stuff all has to rest somewhere until the microsecond you want it/need it.

When you get it, you’re as happy as Sam Sparks when he said, “It's a solid, it's a liquid, it's a viscoelastic polymer made out of polypeptide chains but you eat it! I mean, it tastes good!”

As long as you don’t think too hard about it, The Cloud is marvelous.