I do love the way folks profile the younger generation – they’re lazy, self-absorbed, no ambition, not dedicated to their company/your products, have no respect for authority/hierarchy/chain of command, have no get-up-and-go, demand instant satisfaction/gratification and are driving the economy and world straight to hell!

We fit everyone of a certain age into a category/age group because it’s easier to hire them, market to them, live with them.

Even though we know enough about you to know 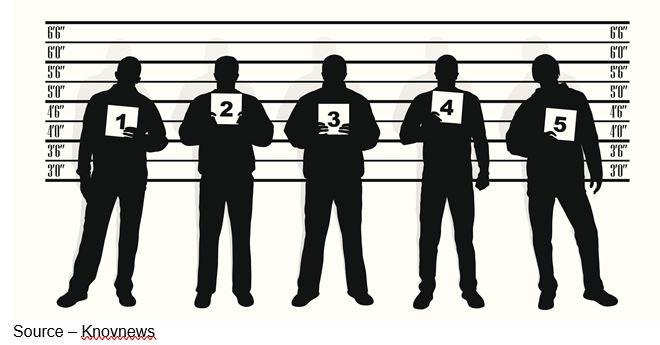 All Individuals – The two things that every employee has in common – male, female; ethnic orientation; age – is that they’re all different and they all have goals.  Regardless of their age category, they are individuals first.

The market is just easier to think about, identify and draw from as a group rather than a group of individuals.

Or to be blunt, it’s age discrimination.

Increasingly, companies pride themselves on diversity and acceptance, but the truth is it’s a vision, a goal.

Management can’t control what’s going on to the smallest details.

The economy’s growth is largely determined by the growth of the labor force and the productivity growth output per worker.

The challenge is the labor markets have tightened and finding qualified workers is becoming a major challenge for many companies.

At the same time, productivity growth has fallen.

Ups, Downs – While the potential pool of workers grows older as people live longer and have fewer children, productivity decreases; which leads to a cycle of needing more employees to do the equivalent amount of work even as the resource pool shrinks.

The tightening workforce is somewhat easy to understand. People around the globe are living longer; and when they leave their positions, all of their experience and expertise goes with them.  At the same time, fewer young people are entering the working world; and when they do, they are at the beginning of their work experience.

Immigration from other countries – in the U.S. and other industrial countries – isn’t an option as younger people see better opportunities at home.

In other words, businesses have to acquire and manage a more diverse workforce – ethnically, sexually and maturity.

Entering Workforce – Millennials today represent the largest age category for both employment and prospective customers.  The challenge is the Gen X and Z pools are smaller while the boomer and silent generations become larger as people live longer.  Globally, we’re coming up short on a valuable resource … workers.

When firms start up, they rely on friends to fill key roles and then add staff from a growing circle of contacts. But as one HR person noted regarding their firm’s executive search, “You can’t fit 50 years of experience into 20, so it’s important to have a broad range of experience and age group priorities.”

Because they feel young, healthy and productive; older workers continue to stay in the labor force longer. The broader range of experience and expertise is a positive benefit to firms and the country because it stabilizes employment and keeps the economy expanding.

But there are differences.

Employees born in the 1940s came of age in the 1950s and early ’60s, at a time of organizational hierarchies and monolithic media. They are able to grasp complex structures and objectives; an ear for sweeping, emotionally connecting narratives that unite rather than divide; and ability to not sweat the small stuff.

Employees born in the 1950s were shaped by intense innovation, from the postwar space race to Beatlemania to the civil rights, antiwar and women’s movements. They value structure but also rebel against it. They have a knack for being able to question authority and be authoritative, which is valuable when brand narratives must convince, engage and innovate.

Employees born in the 1960s formed their earliest memories during the time when cultural traumas like assassinations, protests, war, impeachment and riots shook the nuclear family. They get the promise, excitement and power of participation and transformation on a personal level.

Employees born in the 1970s — the grouchy pragmatists of Generation X are the least sentimental and most resourceful. They went to college before email and the internet but adapted and sparked the dot-com boom. They are often generation bridge-builders.

Employees born in the 1980s (Millennials) experienced 9/11 in their early teens and entered the workforce at the height of the financial crisis. They are hyper-connected, open-minded and have a surreal commitment to progress. They are intuitively connected and have a second-nature command of digital, mobile and social.

Employees born in the 1990s — Generation Zers are just starting their careers. They came of age during a sluggish rebound from a financial crisis and use digital tools to facilitate connection, often more in the real world than on social media. Empathetic and accepting, they are realistic collaborators who are our next great hope.

It’s no longer a generational thing. The digital generation is every generation and management need to think less about specific age brackets. 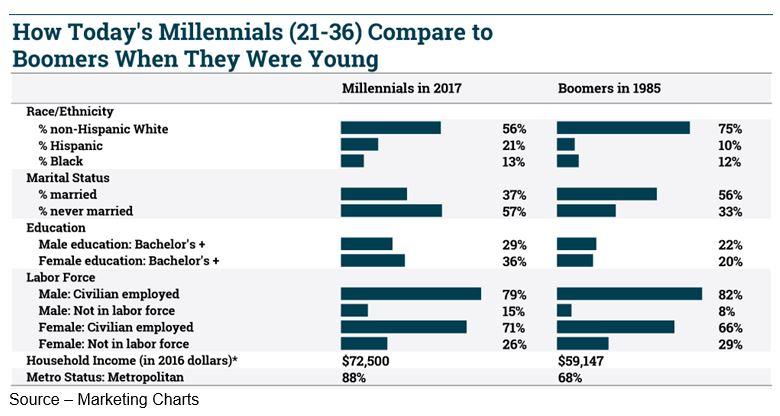 Same but Different – Today’s millennials share many of the common traits boomers did when they were their age … and many important differences.

The population shift of the profile of the prime (millennial, boomer) global worker entails a myriad of characteristics:

Of course, blending the generations isn’t easy because they are … diverse.

Incidentally, Gen Xers are in an awkward position with Baby Boomers as one bookend and Millennials the other.

Women have been dealing with barriers and prejudices like this all their lives… and here we are! 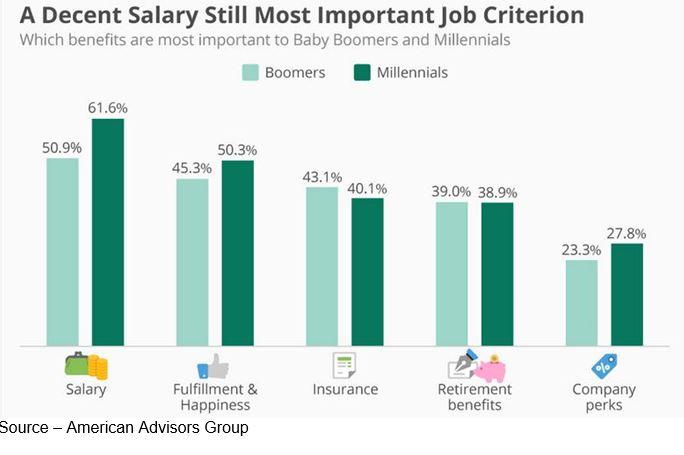 No Surprise Here – Regardless of the age group, individuals share common goals; but, as a general rule, their priority of importance varies with their relative age.

Their workplace priorities show more commonality than differences, which can be important to management.

In addition to tangible similarities, they also share professional priorities:

Each generation can learn from each other and benefit the organization, their team and themselves.

All management has to do is listen to Mathilda, “If somebody didn’t do it one day or another, I probably would have done it myself.”