There are many new advances in headphone technology, which has improved the audio experience from mobile phones and tablets, but what about the mobile devices themselves? Only a few smart phones have good speaker quality and volume. Some phones have terrible speaker placement. Therefore, we need to use headphones and earbuds to really enjoy music from Pandora, SoundCloud and other music venues.

Many of us don’t know where the sound emanates from our smart phones. If the phone’s speaker is blocked, then the sound quality will be low or non-existent. To learn where the sound is coming from, play some music and cover the various holes on your phone until you know exactly where the sound originates.  There aren’t that many locations to place speaker/speakers, so it should be easy to find their location.

Your speakers will be front-facing, bottom-mounted or on the back. Make sure you place your smart phone so that the speakers are not blocked, reducing the music to a muffle. A common mistake is to hold the phone with your fingers blocking the speakers. Have the speakers facing you for best sound quality.

If you buy a protective case or cover for your phone, it could cover the speakers, and affect the quality of the sound. Not all case makers design cases that are a fit for your phone, and the case might just block essential parts of the phone like the audio jack, microphone or speaker. Before you buy a case, be sure that you check that it won't block any critical area.

Excellent ratings given to smartphone displays, Web browsing and even battery life, but not voice. Consumer Reports gave most smart phones "fair" voice quality ratings in its latest reviews.

Speaker sound is slowly changing with new technologies. One company at the forefront is Cypher Corp, which has developed an artificial intelligence program that analyzes the distinctive quality of the human voice, and differentiates it from other noises. Cypher uses a different approach to mask out the hard-to-handle types of noise. The program eliminates over 99% of background noise when you are speaking in areas with high ambient noise, which drastically boosts clarity and improves speech recognition.

Verizon Wireless, AT&T and T-Mobile are addressing call quality with Voice Over Long Term Evolution (VoLTE), an add-on to their next-generation cellular systems that enables voice traffic to be carried over 4G LTE networks. Sprint offers HD voice, a speech coder/decoder program that extends the frequency range of audio signals.

The VoLTE service enables wireless operators to use the data network to transmit voice services in the same way they transmit data. Basically, the service splits voice calls into packets, just like emails. By turning voice into IP packets, the companies can offer high-quality voice calls.

The design of smartphone antennas is important to how a phone connects with the network equipment. Motorola and Nokia developed excellent reputations for their phone’s respective networking equipment, but recently the other manufacturers have improved their antenna performance.  For efficient radiation at mobile phone frequencies, the antenna must be the size of the entire phone. This means the antenna is not an isolated component, but will use the entire structure of the phone as an antenna.

Researchers in Finland developed a revolutionary antenna technology that could boost the signal and extend battery life, and do it all while taking up less space than what’s currently in your handset. Presently, your phone is packed with a variety of antennas with different tasks— one for Wi-Fi and Bluetooth, another for GPS, and another for cellular.

The methodology is to create an antenna that is made up of many smaller components that could adjust itself to capture whatever frequency it needs. As an example, when your smartphone leaves your home’s Wi-Fi signal, that same antenna could digitally reconfigure itself to capture GPS instead. Using this method, applications like GPS, Bluetooth and Wi-Fi will no longer need their own antennas.

When it comes to music we care a great deal more about sound quality than mobile phone manufacturers do, but with the advent of Hi-Res Audio (HRA), which is now on the cusp of taking the mobile world by storm, we are hearing audio capable of reproducing the full range of sound from recordings that have been mastered from high quality music sources—a sound that faithfully replicates the quality that the musicians and engineers were working with in the studio at the time of recording.

The highest quality MP3 track has a bitrate of 320kbps; CDs are transferred at 1,411kbps; and a 24-bit/192kHz file is transferred at a rate of 9,216kbps (HRA). The increased bit depth of HRA improves the dynamic range, giving you a greater range of sound from the recording.

Speaker placement also plays an important role in good sound. The Apple iPhone 7 and 7 Plus have stereo sound. They accomplish this by having one speaker at the bottom and using the earpiece as a second speaker. This is not ideal as one speaker is forward while the sound from the other is at 90 degrees. Forward facing speakers are better for a more enjoyable music experience.

The new HTC 10 has many changes from the design to the hardware and software. In the HTC 10, the company improved the speakers and are calling the change “BoomSound Hi-Fi speakers.” One full range speaker is placed right where the earpiece is. But the other is now at the bottom, and is designed for low-frequency output—more like a subwoofer. The sound could use a little more volume.

Google’s Nexus 6P is expected to have a successor soon, but it features a stereo speaker system. The speakers on the device are placed at the top and bottom of the display, and has one of the loudest sound outputs.

The Marshall London might be the loudest smartphone on earth. Marshall is best known for its music hardware, ranging from amps to headphones, and has succeeded in building a strong brand. Marshall has purposely placed music at its heart, using the Cirrus Logic WM8281 Audio Hub. This smart codec gives the London a separate processor for music, allowing it to play at a higher resolution. At the heart of the London is the M-Button—a dedicated one-click access to your music, while the scroll wheel gives you quick access to volume control.

Samsung is coming out with the S8 this spring. It will have stereo speakers using Harmon technology. Samsung recently purchased Harman, which is admired by audiophiles, musicians and entertainment venues around the world. 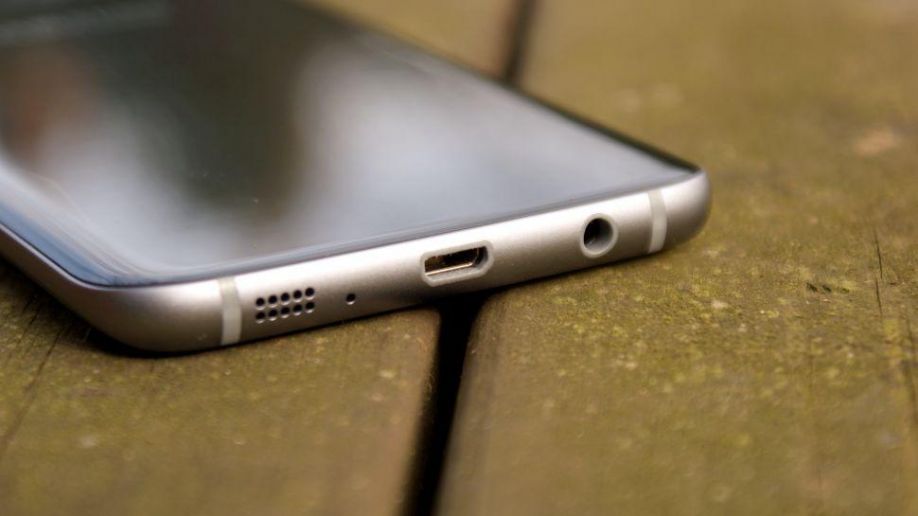 We are waiting to see what the smartphone industry can offer, and how users will react to the emergence of new and better smartphones, especially in regards to sound. You can be sure that the big sellers will score high in sound-quality.