“Now you just have to go around checking all these different portals just to get rejected by seven different technologies. It's exhausting.” – Mary, “He’s Just Not That Into You,” New Line Cinema, 2009

Every week, I check in with my good friend astrophysicist Neil deGrasse Tyson to find out what’s going on in the changing universe.

O.K., that might be overstating it a little bit.

Actually, we “like” him on Facebook, connect with him on LinkedIn and join him on the hundreds of other social media options that are out there.

Well, me and maybe a million other folks.

They’re not any more real relationships that social media folks like to try and claim, according to a recent study by Robin Dunbar, professor of evolutionary psychology at Oxford U.

In fact, since the beginning of time, Dunbar states that the maximum number of friends the human brain can handle is about 150.  Beyond that, they’re just a mere acquaintances.

He adds insult to injury to the power of social media marketing by saying the maximum number of true real friends is five; and most of those are probably family.

You know you grow up somewhere, go to school somewhere, get a job, start a family, change jobs (and maybe families); so your circle of friends shifts and changes over time but taps out at 150.

Everyone, everything else is sorta’, kinda’ a relationship of convenience/momentary need and I’m pretty sure your brand – no matter how hard you try – is included in that group.

That means that despite all of the big data you’re gathering/going to gather from connected things and the IoT (Internet of Things), you’re probably not going to get more friends and loyalists for your brand.  You’re following them.  They’re not following you!

In fact, as a recent Adobe report pointed out, it isn’t about you but the customer is in control. 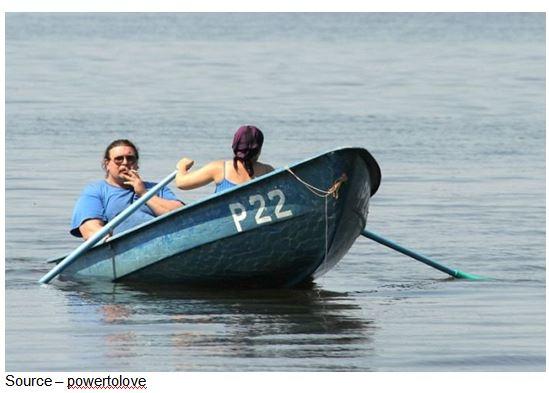 You’re Rowing – Companies, social media folks and sites may think they’re managing/controlling the consumer experience because they have all of that data, but it’s the consumer who is the one dictating the direction and exchange.  If they decide to change course, the rest have to go along with the shift or risk getting thrown overboard.

Yep … it’s the Internet of Me!

He/she determines when, where, how they want to talk to a company and interact with them.

Translation?  You have to be ready to assist them, answer them when it’s convenient for them, in the way they want and with the information they want … not you!

It’s not a new issue.

Back in the Mad Men era, David Ogilvy, often called the father of advertising, observed that there was an increasing reluctance on the part of marketing executives to use judgment.  He said they are coming to rely too much on research and they use it as a drunkard uses a lamp post for support, rather than for illumination.

Today, marketing still doesn’t get it as it rushes to use big data and analytics to solve the close, personal connection challenge.

What’s worse is that when they finally make a momentary connection, it’s about them and what they feel needs to be said … not the consumer.

Whether you’re trying to sell to a business or to an individual, it’s not about your product/service but what it will do for him/her.

The fundamentals that Ogilvy practiced so artfully back in the ‘60s-‘70s are as valid today as they were then because people haven’t changed their basic goals since they were hunters/gatherers.

He was so successful in moving the sales needle because he appealed to the basic fundamentals of the person.

Marketers are so intent on building huge brand loyalty numbers but the individual customer could care less because the social media efforts is all focused on the brand … not the individual.

In fact, they’re doing their damdest to avoid you so they can focus on their 150 close, personal friends. 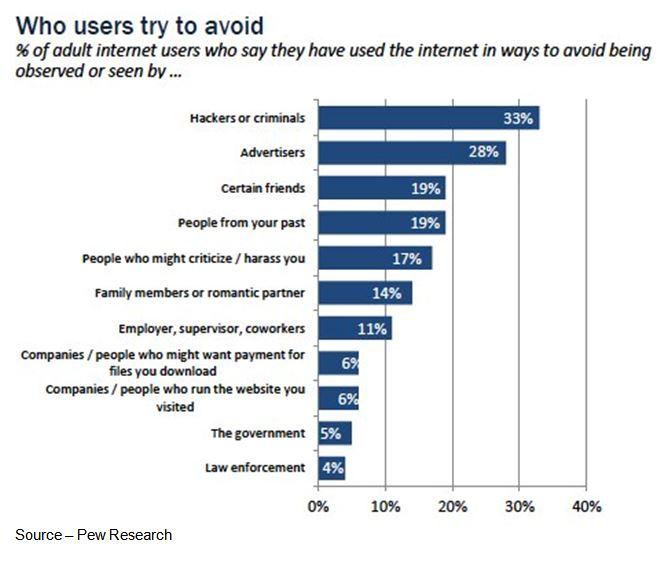 Not about You – People don’t like or connect with a brand or product because they want to build a strong and lasting bond, they develop a loose relationship because it meets a need they have.  If the company/product falls short on that relationship, they’ll avoid you.  About the only folks they work hard to avoid more are hackers, criminals and probably government agencies and other bottom feeders.

An IBM Institute of Business Value study said 60-65 percent of business folks justified social media numbers because people wanted to be part of their community.

Only 25-30 percent thought that was important; the rest were there for the discount … Ogilvy’s value for money!

But the Adobe study found that there were higher priorities with consumers than just a coupon.

They found it was less about the product offered and more about the consumer me.  What does it do for me first (meet the basic human needs), and then is it a good/safe buy.

The IBM report reinforced the simpler marketing approach pointing out that marketers were focused on pushing out their data so much that the poor prospective buyer had to over-think (rationalize/justify) the buying decision.

And when people are forced to over-think, they tend to change their mind about the product, be less confident in their choice and remain less loyal to the brand.

If you think the customer has problems, marketing folks are in worse shape because they have all that data to wade through to justify what they’re doing.

Struggling – Since consumers post so much information about themselves online (practically everywhere) ,it’s only natural that sites and advertisers would search for the magic solution that will help them connect more with the consumer and monetize the information.  The only problem is that consumers are no longer a group of folks in a specific demographic, they’re individuals.

It’s not really that hard if you view the individual as a person you’re talking to one-on-one.

Just simplify the decision-making process so consumers actually have to think less about the decision, making it based on what’s important to them!

Zuck recently said he wants to have five billion users by 2030, which marketing folks interpret as 5 billion target customers.

But the key to a company’s success isn’t in getting its unfair share of that mass social community; it’s about reaching/resonating with him/her one person at a time.

How do you do it?

It isn’t that tough!

All a marketer has to do is simplify and help the consumer in the decision-making process, which means he/she needs to:

If they can do that, BAM! 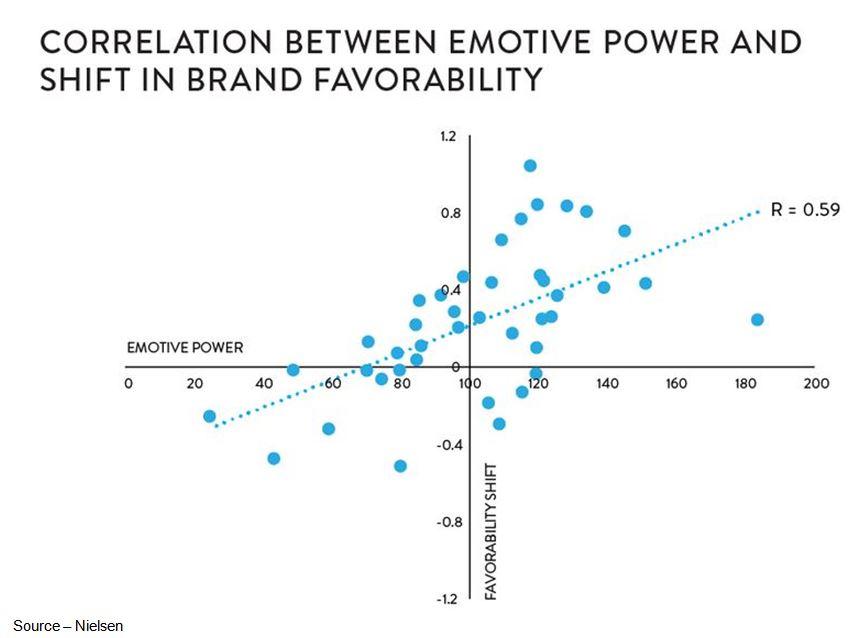 Strike the Right Cord – The key to social media advertising – or any advertising – isn’t about the product/service but rather how it appeals to and satisfies the basic needs of the consumer, whether it’s a business or individual customer.  Pay attention to the customer rather than the product specs/features and you have a sale.

That’s right, the product/service resonates with the customer; and all of those subconscious decision-making processes come into play to help the individual make the right conscious decision … buy.

That will lift sales – momentarily.  Then it is up to the product and the people/company behind it to continually and aggressively satisfy those subconscious needs – love, fame, fortune, easier work/home life and a hero in boss’/family’s/friends’ eyes.

As the Adobe report emphasized, customers define their own journey, choosing where and how to engage with said brand and whether they go beyond that initial interaction and eventually transacts.

Technology is changing at an unbelievable rate but that also means the consumer also is more in control and companies/brands have to deliver throughout the lifecycle to ensure the brand/product delivers on its promise, its commitment.

Don’t give us the BS that it can’t be done because with all of that data at your fingertips, you should know more about that individual than you care to admit.

Get over yourself and understand that the customer is calling the shots, not the company.

If you can’t or don’t want to understand that then don’t wonder why the customer doesn’t come back, doesn’t tell his/her 150 friends and gazillion acquaintances. 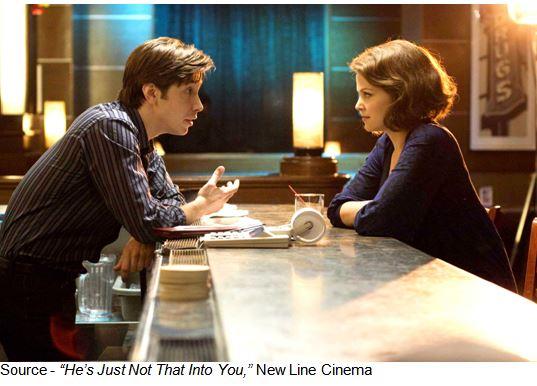 In the meantime, I have to go chat with my good friend Neil!