Popularity of the Newest CE Products

The data from the CivicScience InsightStore™  provides some strong research insights into consumer awareness, sentiment,  and intent toward many emerging consumer products – and in this article, we have a Q&A with the company's VP of market insights, Jennifer Sikora, to  highlight some of those findings to coincide with CES 2015.

Q:  In the report you released during the week of the Consumer Electronics Show 2015, you looked at a variety of newer products to hit the market in the past year and measured consumer sentiment about those products among U.S. adults. What products did you research and why did you pick those? 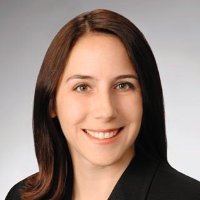 There are so many great consumer electronics products that we are keeping an eye on, so I’ll say it wasn’t easy to narrow it down. We aimed to pick a variety of relatively newer consumer electronics categories for the home, personal wearables, and high-end toys, collecting consumer opinions about those via our consumer research platform and polling network. We chose product categories that have been on the market for at least a year and have also received what we felt was a fair amount of promotional time to create enough consumer awareness, ensuring that the incidence rates were not too small. In other words, we needed a decent percentage of consumers to have at least heard of the product. We also factored in research areas that have been in demand by the industry.

For the home, we focused on the categories of wireless speakers, home robotics, smart home security, and curved TVs. In terms of wearable tech, we looked at fitness trackers, smart watches, smart clothing, and Google Glass. And for the one high-end toy we chose to study, we looked a personal drones, which received a lot of media attention and commentary in 2014. We collected the data through most of December 2014 from tens of thousands of respondents.

Q:  There was some interesting data that showed the correlation of awareness to purchase interest. Why did you choose to analyze those aspects of consumer sentiment, and what were some key findings in that data?

We looked at three things in each question that we ran: product category awareness, ownership, and interest in a future purchase. As you can probably guess, for most of these products, ownership rates at this time are fairly low incidence – fewer than 6% of consumers currently own any of these products now, with the exception of wireless speakers (13%) and wearable fitness trackers (10%).

So we felt it would be novel to look at who the more-likely future customers would be for some of these products based on their interest level and how that interest correlated with awareness. We call these consumers the “persuadables.”

What we found, perhaps not surprisingly, is that higher awareness levels strongly correlate with higher future purchase interest. For example, wireless speakers have the highest awareness level (95%), the highest ownership rate of the products in our study (as already noted), and highest interest for future purchase among non-owners (35%). And some of those product offerings are at a pretty high price point.

Q:  For what type of products did you see some meaningful differences in interested consumers? Are some products of greater appeal to men or women, for example?

Yes, and this is where the data becomes fun, as you dig in beyond the top-line comparative results and start to look deeper into the profiles of the consumer segments based on their response. We found that for some product categories, some classic “stereotypes” are fully intact, while for others, they were broken down completely.

For example, personal drone products have much higher interest among men (71%) compared to women (29%), and they index slightly higher among suburban and rural dwellers vs. city residents.

Then we look at the future, persuadable buyers for home robotics products – a category probably best known for cleaning devices like iRobot’s Roomba®; these consumers are evenly split by gender: 50% male / 50% female. Men are also slightly more interested in smart home security products than women (54% vs. 46%), even though most of these consumers are also more likely to be less concerned than average about crime in their community.

Perhaps what the data is once again saying is that men in general are more likely to be interested in almost any new tech gadget or breakthrough – they even rank higher than women in their interest in smart clothing (62% vs. 38%). Yet interestingly, the data show that wearable fitness trackers index higher among women than smart watches – with 62% of women expressing desire to own a fitness tracker vs. 49% for smart watches.

Q:  Expanding further on wearable technology products, what types of products are of highest interest in this category? Did anything surprise you here, and what do you predict might change in 2015?

In aggregate, wearable fitness trackers still outpace smart watches in terms of ownership (10% vs. 3%) and desire to own (8% vs. 5%). We are surprised that the current desire-to-own rates are not higher, which suggests that a sales plateau may soon hit these categories in 2015. Both of these product types are more desirable to exercise enthusiasts who work out several times a week, a group that makes up 34% of the U.S. adult population. So there is still more market share to be gained, provided those products don’t lose momentum.

Google Glass falls into our wearables category and we would have thought there would be greater awareness of the product, but it hovers at 70% — with interest in purchasing it at only 12%, even lower than smart clothing at 72% for awareness and 15% for future purchase interest. Granted, it only become generally available for purchase in 2014 and carries a price tag of $1,500, but we would have thought awareness to be higher given the market buzz and Google brand.

We’re taking a wait-and-see position with smart clothing, which may see an awareness boost as a number of new products announced at CES this week get more attention – such as smart(er) headsets and smart accessories.

Q:  Pundits and marketers are touting the Smart Home sector for CES this year. Do the survey results agree with this and what are some of the products that seem to hit the right mark?

The smart home, home automation, and home robotics are definitely areas that will receive even more attention in 2015 via data collection in our platform. As we had mentioned, home robotics and smart home security products have strong awareness and future purchase desirability among adult consumers – resonating well for both genders, those under age 45, and those who generally try new products before others. These consumers also tend to be fairly active Facebook users of all the social media sites, so that could be an excellent avenue for marketers to convert persuadable buyers.

Q:  Are there other consumer electronics products that you plan to keep an eye on in 2015?

In addition to expanding upon the above-mentioned home-based product areas, we’ll be looking at trends in the audio products area. Products in the “smart health” category may also be tracked – there were some interesting offerings launched this week that have applications in health status monitoring, smoking cessation help, and fitness tracking through other types of devices. We’ll see what kind of traction those gain as the year progresses.

The curved screen arena also saw more introductions at CES this week, even though our data for curved TVs show it has the lowest awareness (69%) of all the products in our study, and with ownership at only 2% and plans to own at only 8%. Whether other product variants such as curved monitors or smart phones will fare better remains to be seen.

Q:  Do you think the consumer electronics market in general still has a lot of growing to do or have we reached a bit of a plateau in the product development and interest curve?

Although CivicScience is not an expert analyst firm for the consumer electronics market, our data does seem to point to a fairly strong level of interest in consumer electronics. Throughout 2014, our platform continued to see steady ownership growth in smart phones, e-readers, and tablets, for example, all of which are considered well-established products in comparison to those in the study we discussed here. Certain products, such as the fitness trackers we mentioned previously, we start to see some plateau, but with consumers’ economic confidence continuing to improve and even surge at the end of 2014 (see our Economic Sentiment Index for data at: http://hps-civicscience.com), this could be mean very good things for the industry as we move into 2015.

About the CivicScience Methodology:

CivicScience collects real-time consumer research data via polling applications that run on hundreds of U.S. publisher websites, cycling through thousands of active questions on any given day. Respondents are 100% voluntary opt-in with no incentives, compensation or coercion — they answer just for fun and are kept anonymous, allowing for greatly reduce bias and higher levels of engagement. Respondents for this report were weighted for U.S. Census representativeness for gender and age, 18 years and older, and data was collected from December 2, 2014 to December 29, 2014. Using its technology, CivicScience builds deep, timely psychographic profiles of these anonymous respondents with each question they answer over time, providing valuable consumer sentiment and behavior insight data to the decision makers who care. The CivicScience methodology has been scientifically validated by a team of academic leaders and by independent research firms. CivicScience currently has more than 28.5 million anonymous consumer profiles stored, growing daily.