New Ride: Today’s Business Goes Up, Down and Around at Thrilling Speeds

Safe, Sane Ride – Back in the day, people would take a job and go round and round in a predictable manner.  Things were somewhat fun but still pretty predictable.  Sorta’ like a ferris wheel ride.

Business is recovering from what we often refer to as the Great Recession of 2007-9. To accomplish complete recovery and growth, management has to win and retain today's millennial employee, help them shape their jobs and understand how they view their careers.

A friend, whose family has owned an amusement park in Pennsylvania since 1926, said that even the “fun business” isn’t fun anymore.

She likened careers to the differences in some of their key rides – the ferris wheel and roller coaster.

One you get on and ride for the duration as it goes round and round until retirement and then you get off.  The other you strap yourself in and take a wild, breathtaking ride.

They show up wearing designer jeans, a Patagonia hoodie and sneakers or flip-flops. They punch away on their Macbook or iPhone and alternate their drinks between coffee and RedBull or Monster.

Unless their job is in one of the golden triangle companies – Apple, Google, Tesla, Facebook, they soon leave for the next hot job offer. However, even at these golden firms and their counterparts around the globe, keeping high-potential employees is increasingly difficult.

Referring to the Millennials, an executive (read older) recently sniffed, “This generation has a sense of entitlement. They expect higher starting salaries, flexible work schedules, company-provided personal devices, constant praise, steady promotions and they’re looking for their next job the minute they come on board.”

Millennials aren’t self-indulgent.  They simply see and do things differently than he does.

They expect to glide up the corporate ladder, have a higher priority on fulfilling work and have significantly shorter attention spans than employees of prior generations.

They set the stage for permanent organizational change.

This year, they will account for 36 percent of the workforce.

By 2025, Millennials will account for 75 percent of the global workforce.

But entering the workforce in tough times as they did, 72 percent felt they had to make compromises when finding a job, according to PwC.  As a result, turnover will increase as economic conditions continue to improve.

With today’s healthy business environment, thirty-eight percent of the global respondents said they were actively looking for new positions, 43 percent were open to offers and only 18 percent expected to stay with their current employer long term.

In 2008, PwC found 75 percent of respondents expected to have two to five employers in their lifetime.  Last year, it fell to 54 percent and over a quarter expect to have six employers or more.

The Deloitte survey found that one in four Millennials would quit immediately if they had another offer. That number increased to 44 percent when asked if they would quit in two years.

Departures – Millennials view positions and opportunities different from previous generations.  They expect to have multiple jobs during their career.

In short, Millennials aren’t into commitments and jobs are no exception.

Because of the Great Recession and loss of social safety nets, Millennials don’t see the benefits of long-term careers – prestige, job security, and pension.

In addition, in our connected world, it’s easy to locate interesting/attractive jobs on the web.

As a result, the average millennial expects to have 15-20 jobs during his/her working years.

Or, as one millennial said, “If you’re not moving, you’re dying.”

The important point for management is to be comfortable being uncomfortable.

Millennials find it easier to discuss their personal growth and career trajectory when it is expressed as a journey between companies rather than at a single firm.

Up to 60 percent leave a company within three years of starting, preferring to juggle multiple roles and ‘mini-careers.’

Management also sees that this continual job-hopping is costing them a small fortune. PwC estimates staff churn costs $20 – $30,000 a pop.

According to the U.S. Bureau of Labor Statistics, the median tenure for 25-34 year old workers was just over three years.

Swiss professor Michael Watkins estimated that firms don’t begin seeing a return on their investment until the individual has been with the firm for 6.2 months.

That means firms have less than 2.5 years to get the best out of millennial hires. As a result companies are examining the emerging work trends and making structural changes to match.

Knowledge-intensive companies contract more work to the market, partly to save costs and partly to free up their best, most clever workers to focus on the things that add the most value.

More full-time jobs will be filled by seasoned part-timers/contractors because they can draw on a range of experience, making it mutually efficient

Labor Shift – With the constant shifts of business and the economy, companies are taking a closer look at core jobs and those that can be best and most efficiently/effectively handled by contract personnel.  It’s easier to manage experienced contractors/teams and can also prove to be more cost-effective.

It allows the companies to hire competent experts as needed, scale up and down as needs change and not worry about cumbersome layoff processes.

And it enables the individual to control his/her work schedule.

According to a study by Intuit, more than 40 percent of the workforce will be contingent workers by 2020.

A recent Millennial Branding report found that 45 percent would choose workplace flexibility over pay. For them, the space between digital information, social interaction, and real-world experience is increasingly blurred.

Astute management is finding that people are more productive if they have greater autonomy over where, when and how they work.

Highly educated and empowered by technology, Millennials are optimistic, ambitious and convinced they have the power to change the world. 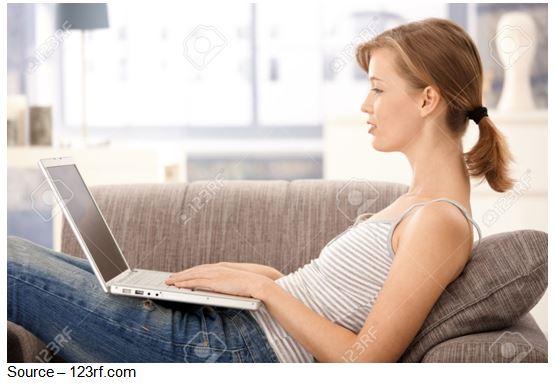 Blurred Lines – While many Millennials like the idea of working in the office, they also blur the lines between work and leisure with more power/capabilities in their smartphone than they had in the last generation of computers.  Accomplishment is more important than the hours at work.

Millennials want to work in the way that suits them best. Their extensive use of technology means that the line between work and home has become increasingly blurred.

Many prefer to work in an office but they don’t want to be constrained by outdated traditional working practices.

Increasingly, they need to be recognized for their results rather than the hours worked and where they work.

Wild Ride – Rather than a straight-line 9-5 job, Millennials are more willing to take chances and mix fun, excitement, challenges with their position.   Work and life blur into one adventure full of twists and turns, rather like The Twister, one of the most exciting wooden rollercoasters in the world, at Knoebels in Pennsylvania.

The challenge for management is to become comfortable with being uncomfortable handling the speed, ambiguity and scary portions of the business rollercoaster.

Hang on and enjoy the ride.