Whether you are buying a LCD or plasma television or maybe a projector for your home theater, you will want to get the most out of the video image. Most consumers run their plastic through the store’s machine, pick up their new display at the dock, take it home, unpack it and turn it on. The viewer then plops down on the sofa with a bag of popcorn, and accepts whatever video image that is displayed on the screen.

If you truly want the best video image, you need to take a few minutes and make some adjustments to the set. The basic calibration procedure for your television can also be used for a projector. 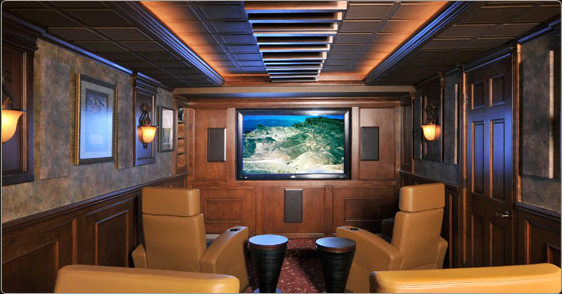 When a television is shipped from the factory, the video is fixed for display in a store, not your home, where the lighting is different. In addition, each manufacturer positions their television’s settings to the manufacturer’s idea of what looks best, which might not be what you see as being ideal for your viewing pleasure.

To begin the calibration process, there are a few accessories that you need to consider. Usually, the television does not come with cables. You will need the proper cables and cable lengths to guarantee the proper transmission of the signal from the player to the television. For true HD picture and sound, HDMI cables are your best choice because they maintain a digital signal at all times. Other cables tend to degrade the image. Since you are using just one cable for video and audio, you will have less clutter behind the scene.

By now, you should know that you must protect your home theater investment from power surges by using a surge protector, but many people are not aware of the importance of protecting against voltage fluctuations and filtering out noise interference. This type of interference will degrade both the video and the audio. Line disturbances are caused by radiated high frequency signals, which come from broadcast stations and electronics in your home. The sensitive electronics in your television can be damaged from spikes and surges that are common in AC power.

It’s a good idea to put a UPS on your television to make sure it’s protected when there’s a power problem such as a spike, sag, surge, or a brown out. These power anomalies can damage your television and your home theater system and you won’t even know it.

A backup system will protect your equipment from surges and provide a run time to safely shut down your TV, DVR and anything else you have plugged in. Look for a system that will cover all of your home theater equipment.

The tools and information to get one’s television set looking its best, however, has been elusive and relegated to the professionals.  Yet, I will try to assist you in doing basic calibrations without specialized equipment or a professional installer.

To begin with, place a dim “daylight” bulb, which is rated at 6,500 degrees Kelvin, in a small lamp directly behind the television and leave the rest of the room dark. If the television is wall mounted, place the lamp behind something else close to the TV.

Avoid any light that reflects off of the television screen, as the glare will degrade the image. It’s not advisable to view the television in a totally dark room, as you will get eyestrain.

Before doing any adjustments, let the television warm up to operating temperature for about a half hour.

Flat panel televisions have a fluorescent light behind the panel to illuminate the image. If your set has a dedicated backlight control, lower this setting and then adjust the contrast and brightness. After you make these adjustments, you can raise the fluorescent light if you need more overall light across the screen.

To get the optimum settings for your TV, you will be adjusting the black level (brightness); white level (contrast); color saturation (color); detail (sharpness); and hue (tint).

To adjust the brightness or black level, find a DVD that has letterboxing bars. Letterboxing is when you have black bars on the top and bottom of the screen. This is caused when film is shot in a wide-screen aspect ratio but transferred to a standard width video format, while maintaining the original wide-screen format. These bars are actually part of the image. 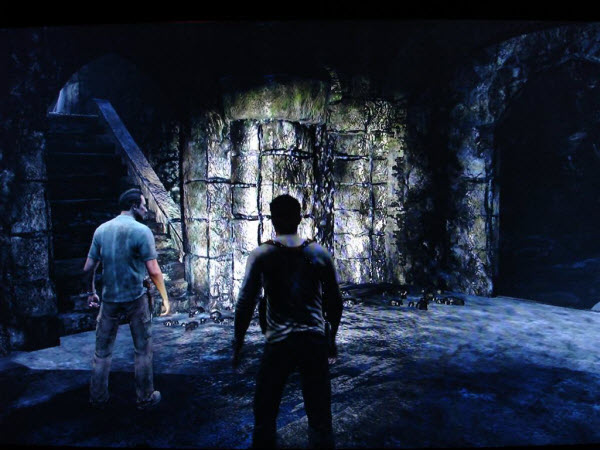 Notice the detail with an ideal black level

Closely related to the black level is the white level or contrast. Next adjust the contrast, as too high a contrast can cause eyestrain and cause details to be lost. For this adjustment, select a still image of a white object, with some details. An image of a white blouse or shirt with buttons and lines will work; or a snow image, such as the glaciers in Cliffhanger. Now, adjust the control all the way up and then reduce it until you can make out the details.

Details not lost in the snow encased image

After you adjust the contrast, it’s a good idea to go back and look at the brightness again to make sure your blacks are still black. Sometimes adjusting one will affect the other. You may want to go back and forth with these two settings more than once.

Now check your color setting or saturation. If you have too much color, the reds are unrealistic and skin tones are unnatural.  If the color setting is too low, the overall color will be drab. You want the color setting closest to 6,500 degrees Kelvin. If your TV happens to have a 6500K (or 6500) setting, use that, otherwise try for the most natural skin tones. Adjust the setting all the way up and all the way down; then find a happy medium with good skin tones. 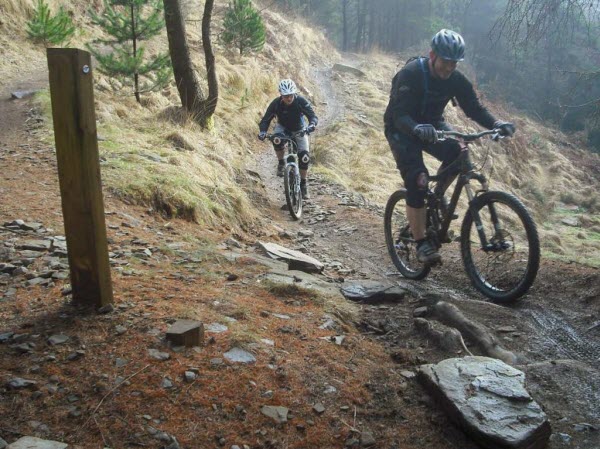 To adjust the tint, raise your setting all the way up and down as you did to adjust the color to get a feel for the look. You should notice your picture going from a red hue, to a green hue at the farthest extremes. Again, the goal is simply to make your picture look natural.

The detail or sharpness cannot be measured because it is how our eyes perceive the image. The resolution (sharpness) of the television depends on the actual number of pixels available in the panel’s construction. What it can do to show detail, though, is make transitions between colors and shades appear sharper to the eye. Do not turn the sharpness adjustment to the maximum, or again, you will encounter eyestrain. If you set the sharpness too high, you will see artifacts, such as a dark ghost image or a bright halo around objects. If you see the artifacts, back the sharpness down.

The black and white level adjustments are your main concerns. With these settings properly adjusted, the image should have better contrast and you will extend the TVs lifespan by not overdriving the pixels or lamps. By adjusting the color levels and sharpness, you should be viewing video as the movie company intended you to see the image.

Following the above adjustments should maximize your video image without spending additional money, as a professional calibration service will cost hundreds. For the best adjustments, you can buy a home theater setup disc, such as “Digital Video Essentials,” or “The Avia Guide to Home Theater.” Then, follow the directions.