Is Your TV Smarter than a 5th Grader?

Just like a Smartphone is no longer just a phone, but a multi-tasking platform, so the television is becoming “smart” and allowing us the ability to not only watch broadcast television, but also receive internet services, such as apps, interactive on-demand media, personal communications and social networking, all on the same Smart TV.

Smart TV otherwise known as “Connected TV” allows both broadcast content and internet content to be viewed on a single TV, using a single remote and an on-screen interface.  These sets have a built-in computer processor and operating software so the sets can be modified with applications just like computers and Smartphones.

3-D did not take off as the industry thought that it would, so the manufacturers are putting emphasis in developing a Smart TV, which has been on the back-burner for years.  The concept is to make it easy to surf the Web, check the weather and locate news pages, as well as using other apps, all while watching TV.

A Smart TV changes the way we view on-demand video, classic movies, specialty news, and YouTube clips, which was previously viewed on a laptop or desktop PC.  Everything you used to look at on TV plus everything that you searched and viewed on your computer is now available on one screen, your TV screen.  The technology is similar to the technology associated with a Smartphone or tablet.  Imagine using Skype on a large screen TV.

Smart TVs have an operating system, which provides a platform for apps, either built-in or added later.  Through these apps the Internet can be accessed.

Google is leading the charge for Smart TVs and recently launched Google TV, which is being built into HD televisions and set-top boxes.  Using Google’s Android OS, Google

TV replaces channel surfing with content searching.  You no longer have to scroll through the program guide to find a television program.  Instead, type in the name of the show’s title and Google TV will locate that show for you.

A key element of Smart TV is the ability to use social networks to discuss a program that you are watching with a friend, while interacting with a show, allowing producers to gage the public’s reaction to the show.

Samsung’s Smart TV is based on chips of their own design and operating software, while Vizio announced a new Internet service called Via Plus, which integrates Google TV.  Samsung has over 200 apps built specifically for their TVs, along with a full Web browser. 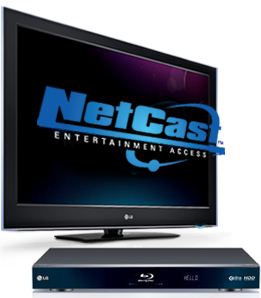 Access TV shows and movies directly from Netflix, the latest Hollywood releases from Roxio CinemaNow, news and weather with Yahoo Widgets, music on Pandora, and the largest library of 1080p movies on Vudu.

Philips calls its internet feature “Net TV”. If you connect a TV with this technology, such as the Phillips 42 PFL 8404 H, to the internet via a router, you can access content on Philips’ online portal.  All you need to do to reach the start page is to press the “Net TV” button on the remote control.

With the Sharp Aquos NET+ TV, there are 70 different Apps, which are being added to daily that can be accessed at the press of a button.  The applications are displayed in an extra window on the screen, enabling a user to browse the Web.

Toshiba Places allows the sharing of Web-based content and service directly from your Toshiba TV.  It provides access to video portals, news services and on-demand TV services from to up to 19 different providers, allowing you to check out videos on YouTube, catch up with your favorite shows, using your remote control when the TV is connected to your home network via built-in WiFi, USB WiFi dongle or Ethernet cable.

Playstation 3 by Sony and the Xbox 360 by Microsoft, while primarily game consoles, have many Smart TV features. 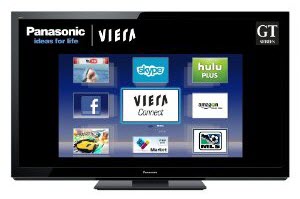 All of the smart TVs currently accept an Ethernet cable, with many supporting a wireless connection. To connect to the Internet, you will need to set up a home network, and the process is very similar to connecting a laptop.  A wired connection is preferable, because of a more stable connection.   If you want wireless, check to see if the TV that you are considering has a built-in wireless connection, as not all sets do.

If you're looking for certain Internet TV features without buying a Smart TV, you can get a stand-alone set-top box or Blu-ray player.  LG has a set-top box called Smart TV Upgrader that gives users access to the full LG Smart TV catalog of Internet apps. Samsung has a Blu-ray player that includes Netflix, Hulu Plus, and Samsung Apps.
Smart TVs have a homepage that lets you access the different functions.  At the moment, all of the apps available on smart TVs are free.  Sony and Panasonic are different in that new features are automatically downloaded once available, and are selectable from the homepage.  There're currently apps for Internet radio, weather, and entertainment.

As with all new technology, Smart TVs have their share of problems, such as poor user interfaces.   Televisions were originally designed as a passive media with limited controls, while computer screens are designed to work with a keyboard and mouse.  A TV remote just doesn’t function well operating an interactive computer based system. Using a device not designed for user interfaces is not user friendly. 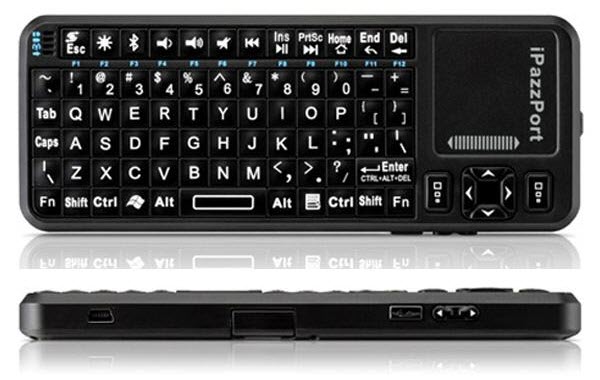 There are several approaches to using a remote to control the Smart TV from the manufacturer supplied remote to the Qwerty keyboard to a Smartphone.  There are many companies that are looking for ways to substitute the Smartphone for a remote control.  The problem is that there is no standard in place to take the place of the remote.

Bundling has been a problem with cable and satellite subscribers, as a subscriber must pay for shows, in which they have no interest.  The alternative is going to the Internet to stream video content.  The problem with this is that the Internet is unable to handle very heavy broadband requirements for shows like the Super Bowl with its huge audience.

Therefore, Smart TVs must be dual purpose with video content being delivered the way it is now, and IP content used as background for the shows.  Data can be used to improve the viewing experience, as well as interactive experiences, such as found on tablets and Smartphones.  When searching for a Smart TV, make sure that the TV has the apps and browsing options that you want along with the ability to search TV channels and Internet content with a user-friendly remote.

Not all Smart TVs offer the same apps.  If you want to use certain apps, make sure the TV you choose has those apps built-in.  Some Smart TV’s allow access to app stores while others do not.  Don’t forget that you are looking at a TV and not a computer monitor.  Buy a Smart TV for its TV performance, such as screen size, resolution, audio and picture quality, response time and refresh rate.

Applications for Smart TVs are slow coming, mainly because there is no standard operating system that works on all televisions.  Once everything is interconnected, all of the information that’s on a Smartphone, tablet or computer can be accessed such as streaming video, games, news websites, etc.  But, because the keyboard is a TV remote control, it’s very difficult and time consuming to text or tweet.

In addition, broadband Internet connection is not as reliable as it needs to be, preventing the technology to take off until the infrastructure is solid and efficient.  Smart TV manufacturers also need to reduce the boot-up time, as users are used to instant-on TVs and Smartphones.

If you bought a digital TV recently that is not a Smart TV, there is another way to get the smart TV features without having to buy a new television.  Several companies offer set-top boxes with smart features, such as D-Link, Iomega, Netgear, Roku, Sony, TIVo, and Western Digital.

To many people, having the Internet on their television might be confusing.  Because of the complexity of computer software, many people still are not comfortable using their PC.  Now, these same people are being asked to use their TV as a computer.  Maybe I’m old fashioned but I prefer to watch a TV movie, DVD or TV show on my television and search the Internet, Skype, and email on my PC.  Making a product more complicated with many features does not make the product better.  3-D television sounded good, but is not taking hold.  Will a television that has to share its screen space with icons be accepted?

All computer technology changes so quickly that what’s new today will be obsolete tomorrow.  With the cost of televisions so high, consumers might resist the technology, afraid that their large investment will be a waste.  Don’t forget customer service.  Computer customer service is not exactly consumer friendly.  What will adding a TV to the mix do to service?

Make sure that you have several basic tech support options, such as email and phone contact.  Most importantly, make sure the response is timely and the tech support people are knowledgeable not just of the television but also the Internet.

The technophile will see Smart TV’s as positive, adopting the technology enthusiastically, and seeing it as a means to potentially improve their life.  But will the average consumer embrace the “Connected Television?”