Help Unseen – The first time I saw The Paddler painting I knew I had to have it in my office. It was a reminder to me that decisions are based on understanding and commitment as well as everything that came before to make you the man/woman you are today.

Ever wonder how the Vikings sailed across the endless Atlantic to set foot on Canadian soil?

How about the Polynesians who crossed the vast Pacific to arrive at the Hawaiian Islands?

They had no Big Data, no analytical tools,  nothing to quantify/qualify their decisions … just a gut feeling it was going to work.

In those decisions it wasn’t one boss, senior executive or leader making the decision to venture into the unknown.

One had the idea but a lot of folks contributed to the decision … made it happen.

Even though we spend millions on data and information systems, decisions are made by people. 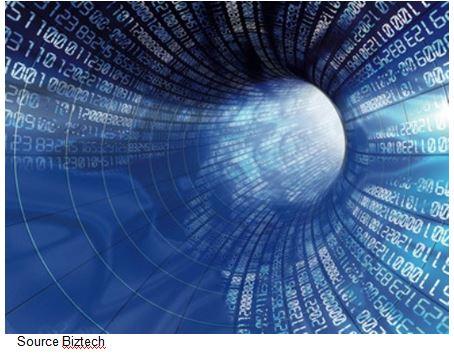 Big Hose – Today’s high-speed internet, the web and social media have made a torrent of information available to us to help make better decisions. The challenge is too many people are drowning in too much data.

Today we have more information at our fingertips than we have ever had, yet informed decisions seem to be more difficult make, take longer than they should.

There’s a lust to find out a little bit more to guarantee the right decision.

Yet, with all of the information, all of the statistics, all of the analysis, executives say 80 percent of business decisions are made with a gut-level feeling of what is right at that moment.

Actually, that gut feeling is from a lot of the information you’ve gained over the years combined with healthy doses of empirical data you can’t fully define.

That’s because today’s business is in a state of continuous change – action/reaction.

Most people will make decisions that are good for themselves and their company.

If they can’t or won’t, that can be changed.

The biggest hinderance in today’s decision-making is that so much data is almost instantly available and  data is always missing.

Because it is missing, we overestimate its value.

Lack of You Time

The second hurdle to making a decision is all of the demands on our time.

Back in the Viking, Polynesian, Drucker eras, they didn’t try to handle calls/communicate while commuting (train or bus).  Nor did they bring connected devices on their holidays just in case. And they didn’t have WiFi everywhere just to stay in touch.

Because so much teamwork is involved today, being connected and open/available for communications is vital.

That’s why most responsible people feel guilty if they don’t respond to an email within 24 hours.

They’re uncomfortable ducking or being unavailable to team members when they need to focus on really complex issues.

But today, competent professionals delegate the majority of decisions to responsible team members and focus on the complex, long-range goals.

Those less than competent withhold responsibility/authority and avoid decisions until it’s too late.

Those who are active and energetic help organizations make decisions, help them move forward.

Then too, there are corporate cultures that seem to exist – and do fairly well – with only passive, mediocre executives.  You know, organizations that discourage people who question decisions, suggest alternatives/options, voice concerns/dissent.

At some level, senior management sees the need for change and people really want to change but culture runs deep.

To survive in these environments talented people go to exhaustive lengths not to appear dumb.

They resort to extensive analysis.

To paraphrase an old saying, the road to hell is paved with good intentions, judicious decisions and exhaustively analyzed strategies … paralysis by analysis.

When you have a decision to make and don’t make it, that’s a decision.

The challenge for executives, according to psychological researchers, is that information is addicting. The more you have the more you want because you know you’re only one click away from the eureka! decision.

Alone – Despite all of the available information, all of the counsel/recommendations the decision to act is one person’s alone to make. He/she must sort through all of the options, weigh the pros/cons, consider all of the data and make the best decision possible.

The strong, decisive leader knows when he/she has just enough information and knows how to make the right decision.

Or … how to make the decision right.

Hey, it can’t be any scarier than talking a bunch of people into sailing with you over the edge of the horizon to…