Some of the links included in this article are from our partners. Learn more.
Imagine you are on a jumbo jet for a 15-1/2 hour flight from LA to Australia. Just after takeoff the pilot announces, “Ladies and Gentlemen, welcome to Budget Airways, the airline that doesn’t let little things like safety get in the way of low, low, low prices. Our navigation systems just went down and the windshield is really dirty but don’t worry I know the way. I’ve been flying for 35 years and I don’t need a GPS to get us to Sydney.” After hyperventilating you’d be saying “Pardon me flight attendant, where do you keep the parachutes?” 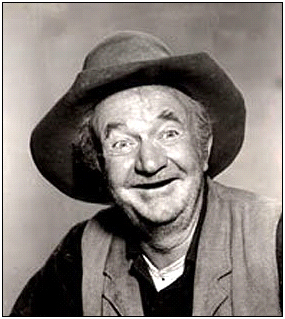 The equivalent in the CE business is the industry veteran who says with a Walter Brennan western accent “I don’t need no goll darned research, I’ve been in this business 20 years and I know who my customers are and what they want.” We’re willing to wager that one or two people reading this blog have expressed similar sentiments when the door-to-door Market Research salesperson appeared on the porch. Even we, the CE Marketing Pros, have been known to say stuff like that in less enlightened times. Here is one real life experience that changed our minds:

While in the planning stage of developing a new product there arose a hot debate about the value consumers place on various features that in total added quite a bit of cost. Everybody had an opinion about the sales value of every input, output, feature, button or knob. To settle the indecision a marketing executive decided to commission a simple, inexpensive survey of current product owners to see what features people really used and which ones were left ignored. The results were startling. It turned out that consumers used a small number of the features commonly found on this particular product type. Sacred cows were slaughtered on the altar of research, rationality and truth.
The upshot is that the product development team was able to significantly lower manufacturing cost and hit a more aggressive price point without lowering the sales appeal of the product. The product was wildly successful; that survey literally paid for itself thousands of times over.

Speaking of flying blind, we were asked by a brand executive how much it would cost to do an advertising campaign. Being rational marketers we asked, “What are the goals of the campaign?” His answer was to, “Increase brand awareness and web site traffic.” "Great, so what are those metrics now?” we asked.  “No clue” was the reply. How can you get from Point A to Point B if you don’t know where Point A is on a map?
Measuring brand awareness is a tricky thing and can be expensive if you are concerned about the general population. But if your target audience is a smaller, easily definable segment of the population it may be easier and affordable.  Of course measuring web statistics is easy and virtually free so this guy had no excuses there. When was the last time you took a really detailed look at your web stats beyond unique visitors?

As much as we believe in research and surveys, we are under no illusion as to their limitations and we have great respect for inspiration and instinct. Steve Jobs relied largely on intuition and his genius vision. Of course he had plenty of flops over his long career so geniuses don’t get a hit every time at the plate. Research is but one very important data point out of many that can help you understand the marketplace, customers and how others perceive your brand.
There are many simple and inexpensive ways of doing market and consumer research, including integrating it into your website, that will help you make better business decisions. You may already have a wealth of data collected by a variety of means that just needs to be mined.
We have conducted hundreds of surveys of varying complexity from simple polls to conjoint analysis. Stop flying only by the seat of your pants and blind intuition. CE Marketing Pros can show you how. Pick up the phone and call Paul DiComo at (410) 458-3176 or drop us an email. 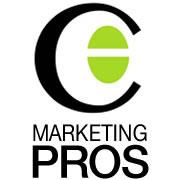