You’d come home from a rough day at work, grab a beverage, walk over and turn on the TV, sit in your chair and watch whatever.

Today, we’re suffering from a glut of entertainment:

Tens of thousands of hours are shot, produced and stored every day; just waiting for people to consume on their screen of choice.

What could possibly be wrong with this overabundance?

Traditional TV viewing is down as people shift to the new alternatives that are out there. 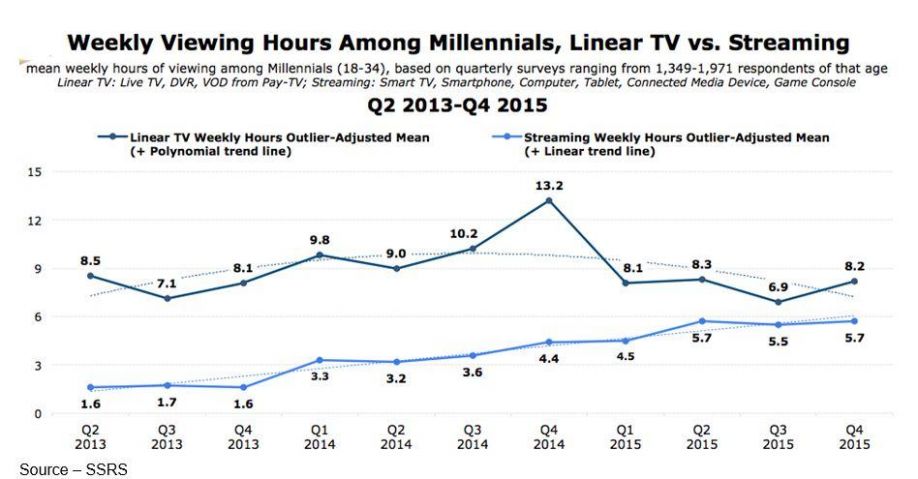 TV Shift – While the large home screen is still the prime source of video information, news and entertainment; there is a decided shift in the way people consume their content.  Digital natives live by their own schedules and watch what they want, when they want.

Millennials and GenZers (sweet spots for advertisers) are watching less traditional TV.  Industry analysts say they are continuing to view content but from digital sources.  The trend is most apparent among the younger crowd:

Sure, traditional TV is still the first place most people go for their video, but eyeballs – especially younger eyeballs – are catching their stuff elsewhere.

And where they go … advertisers go. 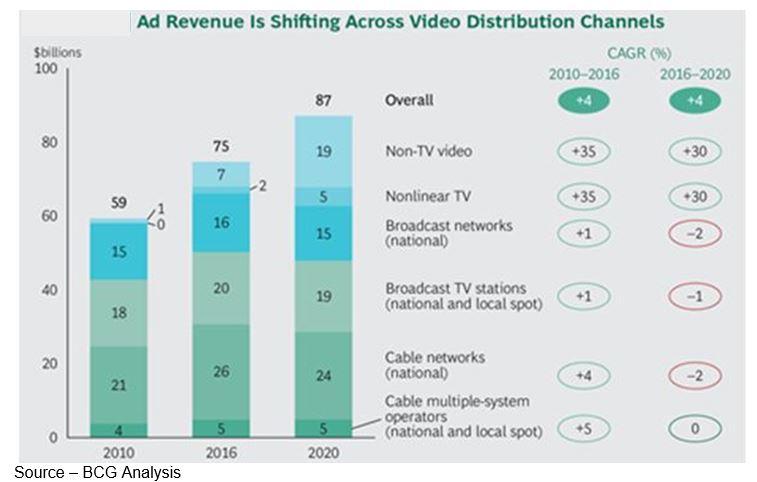 Tagging Along – Advertisers want to be where consumers are; and increasingly, that means placing their investments in the digital domain – streaming and social.

It doesn’t really matter that digital advertising outpaces inflation 5:1 and, according to a recent Adobe study, the costs are climbing faster than conventional TV ads.

It’s so good that the IAB (Interactive Advertising Bureau) reported that online ad spending will surpass TV spending this year.

Money Machines – Google and Facebook dominate the search and social arenas, which enables them to invest in a lot of other ventures as long as they don’t get too greedy and remember they exist to serve advertisers and the individual consumer.

And Page and Zuck want to thank the advertisers.

The most popular ads? 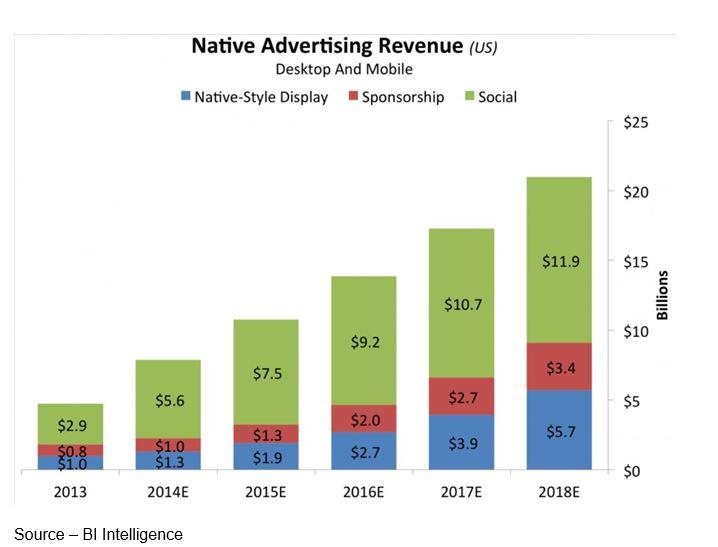 Native Form – To involve consumers more, firms are increasingly turning to native advertising (sorta’ looks like surrounding content) and it works well as long as the consumer doesn’t feel as though you’ve tried to trick him.

Native.  They sorta’, kinda’ look like editorial or news/educational/informational video but they’re usually so blatantly obvious that only the ad writer or approver would think it was educational, informational, entertaining.

That didn’t bother the advertisers; nor did “little things” like fraudulent ad clicks and erroneous measurement because, well, because.

So, advertisers said “Dude, when you fix this we’ll come back; but for time being, we’re outta’ here and sure wish Netflix and Amazon Prime would take our ads.”

They won’t and their growing subscriber base is willing to pay for the privilege of avoiding bad ad free content.

Sure, the social guys/gals will take care of it because we’re talking about serious money that can be reaped from a virtual space.  They’ve opened up (a little) by letting third-party auditors check to see if the ad was really seen and how long.

And right now, they’re building tools that let the advertisers control the ad placements … their tools, their space.

My kid and his band of marauders solved the problem.  They installed ad blockers. 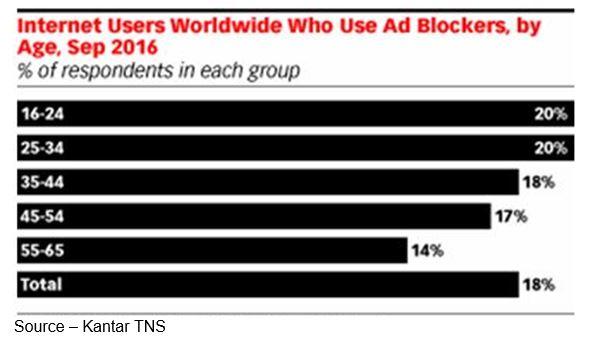 Ferget It – When advertising isn’t personal, slows web searches/loading or is simply lousy; consumers – especially the younger generation – take matters into their own hands and block ads, hurting everyone in the content food chain.

They put them on their computers, tablets and smartphones.

Since they do everything on the smartphone, the addition hurts content and ad folks because it means a wasted opportunity to convince them to buy something.

The ad blockers are readily available free and at minimal cost almost everywhere. 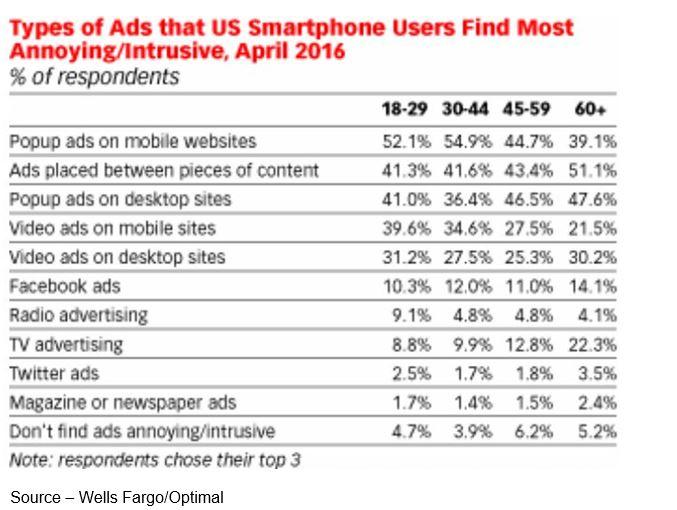 Mobile Eyesore – The smartphone is rapidly becoming the screen of choice for people of all ages; and while consumers recognize that advertising enables them to enjoy free content, the advertising has to be as good as the surrounding content and personally meaningful.

Of course, there’s a reason to use them.

They’re bad, so it’s easier to say “I hate ads,” but they don’t really.

They “highly dislike” ads that are simply bad or aren’t personally relevant.

They’re also overexposed to ads and to clean up their lives, it’s easier to install an ad blocker.

The IAB found that people block ads because they are interruptive, annoying, they slow down web-browsing, they are irrelevant and/or there are privacy concerns.

That means if advertisers take the time to create content that engages/inspires GenZers and millennials, they’re more likely to be seen, heard.

Would something that simple work?

Nigel Clarkson, former UK managing director of Yahoo, observed that 15 percent of people had disabled their ad blockers because of the enhanced value of the content and the ads.

“If the ad experience is good, clean, non-interruptive and is relevant, consumers are happy to accept the ads,” he noted.

Libby Robinson, of the M&C Saatchi Mobile ad agency, noted that annoying, interruptive ads are the single biggest frustration of consumers and that it isn’t difficult to give people what they want.

“Advertisers need to understand that you can’t just repurpose print or digital ads for mobile; you need to design for the screen, and most importantly, for the consumer,” she emphasized.

Mark Blair, of Brightcove, a leading online delivery platform; noted that to monetize their content advertisers had to find a balance in improving the user experience so they would be willing to accept the ads.

When asked for the top improvements, Brightcove reported:

With the global spending power of $2.45T for 18- to 34-year-old digital natives, there’s a lot to lose if content publishers and advertisers don’t listen … and take action.

Of course, the growing problem may give advertisers what they’ve long wanted … greater insight into the content surrounding their ads, how their ads are received, what they do.

If advertisers slough it off or Google stonewalls them … 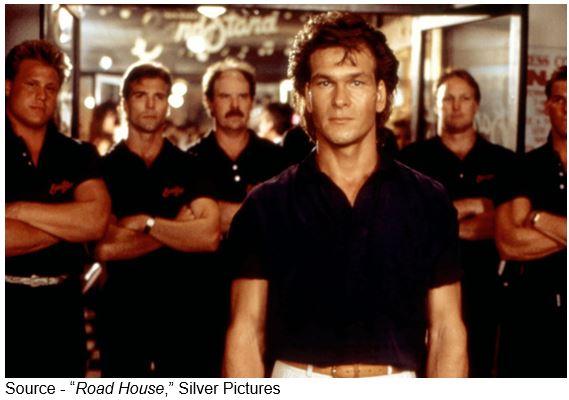 Or, if the two parties don’t think it’s important, they should remember what Dalton said to his crew, “Ask him to walk. Be nice. If he won't walk, walk him. But be nice. If you can't walk him, one of the others will help you, and you'll both be nice. I want you to remember that it's a job. It's nothing personal.”

The crew behind the individual consumer is roughly 7B strong.