“O.K. There’s a ball of fire, it’s 1200 miles in diameter headin’ straight for Earth, and we have no idea how to stop it. THAT’s the problem.” – President Lindberg, “The Fifth Element,” Gaumont Studios (1997)

There, aren’t you excited?

Just saying the word is enough to make the hair stand up on the back of an IT executive’s neck.

Us?  We use the cloud as little as possible, but we’re calmly pragmatic about the whole thing.

First of all, it just isn’t a technology breakthrough!

We’ve been doing large-scale computing and storage for years. At its basic level, that’s the infrastructure and services the cloud delivers. 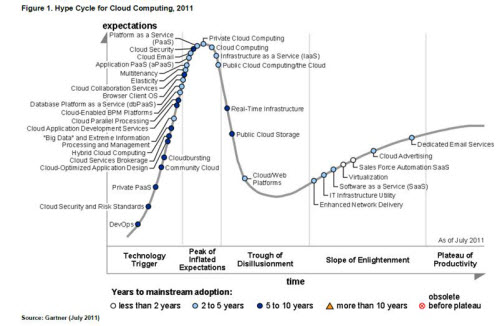 New Clothes – While cloud computing is far from new, the new name makes it feel like a brave new concept and an opportunity for a lot of companies – new and old. Today, it’s such a hot concept that nearly every firm has a cloud initiative; but the technology will probably follow the typical cycle. Source – Gartner

The only people who don’t grasp that are kids (nothing existed before them) and VCs (no comment).

Now we have millions of apps/services and billions of users taking advantage of the cloud, mobile devices and social media.

As the technologies advanced they got more powerful, more expensive.

“Everyone” has a cellphone and they’re upgrading to smartphones and newer/sexier smartphones in record numbers.

Folks have their laptop/notebook computer and an increasing number have an iPad/tablet.

All of them touch, use, store stuff in the cloud.

Indispensible – While desktop usage has slipped slightly, laptop computers have picked up the pace along with smartphones which an increasing number of people use as their sole platform. Tablets are also slowly gaining traction for both personal and business use. Source – Pew Internet Survey

But the cloud has become more sophisticated over time because we have:

Anyone who is anyone is offering one or more flavors of cloud service today.

General Munro knew how to handle the situation when he said, “Don’t-don’t worry, sir. I know my man. He’ll calm things down.”

Clouds Galore – While industry leaders have a complete cloud computing/storage strategy, it doesn’t slow down new firms from cropping up funded by VC money and a lot of promise. The any device, anywhere solution, which has opened up new opportunities for hackers and cybercriminals, has also brought new dangers for businesses, consumers. Source – IDC

IBM, which has been around and thriving for 100 years, views cloud computing as just a new way for IT consumption and delivery of services.

At the end of the day it doesn’t matter if it’s delivered over the Internet or a company’s intranet.

Private clouds simply pool resources, leverage virtualization and deliver IT services. The trick is dynamic provisioning and a self-service portal.

They save the company money in the form of using less electricity, HVAC, capital expenditures and labor.

The public cloud is the one that gets most folks excited because so many people use it every day; and when something bad happens, it happens in the public cloud.

It doesn’t slow our kids down because they, and everyone else, keep the public clouds busy and profitable. 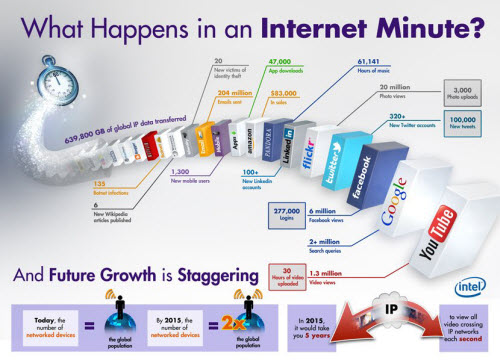 Its Overwhelming – Intel crystallized the overpowering impact that global use of the web and social media have on the industry’s needs and potential. By 2015, the number of networked devices will be more than two times the population (7 B). That’s a lot of storage. Source – Intel

All of that stuff – and a whole lot more – sits out there for anyone to borrow, scrape personal information from, use as they see fit (read, really read the service agreement you signed).

Of course just because it’s laid out there for the world doesn’t mean businesses and individuals aren’t focused on the security/privacy dangers. 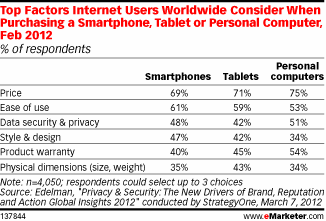 Security, Privacy – While consumers worldwide are obviously worried about the cost of the devices they purchase and use, there is always a nagging concern about what lies over the next hill, around the next corner. The security of your data and your need for privacy, even in an open environment, are of major concern as you move ahead. Source – Edelman

MIT’s Ron Rivest was a little less subtle and said, “Cloud computing should be replaced by swamp computing because then maybe people would examine the companies’ security/privacy claims more closely with a healthy dose of skepticism.”

It’s true that hackers, whackers and cyberthieves can – and do – break in to steal vital information.

As Zorg complained, “Empty. The opposite of full. This case is supposed to be full!”

Then too, the cloud provider can mishandle the day or be forced to turn it over in response to a subpoena request.

But service providers are quick – and correct – in pointing out that they are more reliable, more secure because they focus a lot of time, effort and talent on keeping their sites safe, secure and reliable.

Seriously, did you download, install, test the last group of fixes from Microsoft on Patch Tuesday?

How about Apple’s last group?  Ooppss sorry, the Mac OS doesn’t have those problems.

Just think how much company, personal/private date ends up in the wrong hands because of you.

Heck, even the priest said, “I will pass the knowledge on, until you return!”

But the industry has long said that if you want a perfectly secure system, disconnect it from all external sources, lock it in a safe. 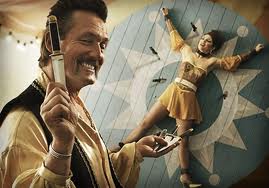 Trust Me – When corporations and individuals are using the cloud for virtual computing as well as for storing mission-critical, sensitive, private and personal data; the cloud service’s greatest asset is its reputation  for safeguarding content and individuals. Once trust is lost, customers stampede for the door. Source – unbounce

At some point, it boils down to how much you trust someone else to protect your data and not exploit it or allow it to be exploited.

Actually, we’re not real concerned about the cloud places where we stuff our stuff.

Want to keep yourself up at night?

Source – US Dept. of Commerce

Governmental Concern – While people are most concerned about bad guys hacking and stealing information they have stored in the cloud, more than a few people have voiced a concern about all of the information individuals and companies store in the clouds that can also be easily monitored by governmental agencies and organizations around the globe. Data protection varies widely from country to country, but it still comes down to the individual government official’s integrity. Source – US Dept. of Commerce

Think about the fact that everyone has their stuff in the cloud.

Do you know how easy it is for the government to get your stuff?

Cloud computing/cloud storage is just plain old technology buffed up on a massive scale; and you don’t have the physical control of the content anymore.

The core value is speed of deployment and the ability to get the computer services, storage, applications available quickly for companies and individuals.

Cloud … the name may be new, but success still depends on the industry’s 3 Ps:

As the check-in attendant said, “Mr. Rhod, you are going to have to assume your individual position.”