The 2018 edition of the annual Consumer Electronics Show has been and gone, and, once again, the robots on display were the most scene-stealing element of the expo. Some ingenious designs had trial demonstrations to show the ever-widening applicatory possibilities of AI-controlled automatons. Here are five of the most memorable metal men that wowed this year’s audiences. 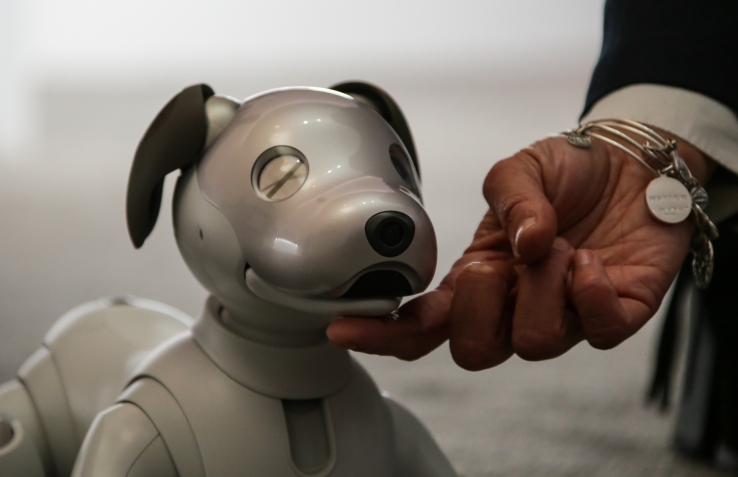 Sony’s robot dog originally appeared in a much more rudimentary form in 1999 and has been the subject of numerous updates and reiterations ever since. Showcasing a new AIBO has become something of a trope for Sony’s robotics division, but this year’s edition at least showed real progress. It’s a lot more intelligent than before, which, admittedly, might not be saying much. However, it had a much higher fidelity of responses to human interaction, responding accurately to voice commands and exhibiting a much wider range of expressive responses to human stimuli, including the ability to learn from its handlers. There’s still a ways to go before real dogs start losing nap time over their job security though.

Yes, you heard correctly folks, gentlemen up and down the land can finally rejoice at the prospect of receiving an exotic dance without having to make hollow eye contact with a disinterested sex worker. This exhibit wasn’t developed with a commercial market in mind, however. Rather it’s the brainchild of British artist and sculptor Giles Walker, who installed CCTV cameras in lieu of anthropomorphised heads, possibly as a statement on the surveillance state and/or some kind of fourth-wall-breaking exercise ruminating on the relationship between audience and object. Either way, it generated a good amount of buzz across the CES audience.

Robotics manufacturer Omron showcased a robot designed to play ping pong with human opponents. The paddle-wielding automaton comes rigged with an AI that adapts its playstyle to that of its opponent, apparently. Whilst it was reasonably responsive when sending and receiving low-impact shots, playing a human at a faster tempo often proved too much for the plucky machine. With some tweaking though, it could foreseeably start worrying professional ping pong players a la Big Blue, but that day looks to be quite a long way off into the future.

I’m Not Your Buddy, Pal 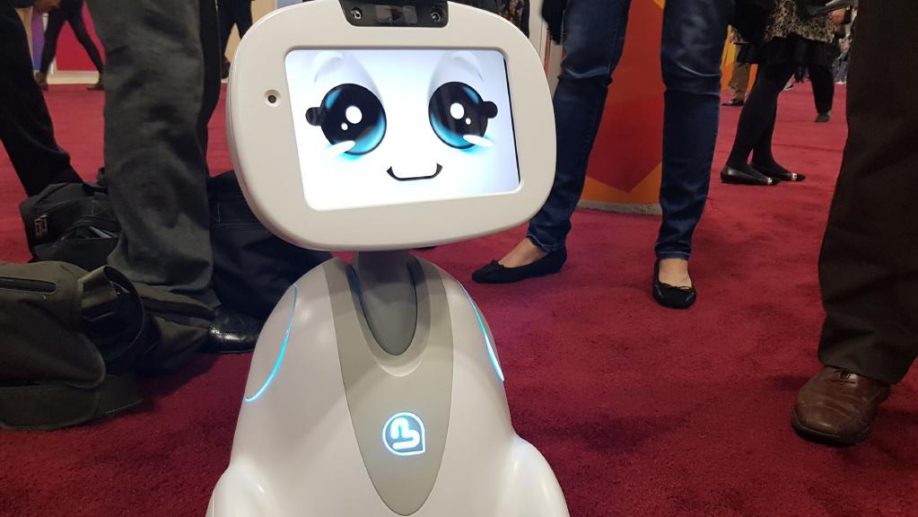 Blue Frog unveiled their take on the domestic assistant bot, an agreeable enough character called Buddy who can watch you over your shoulder and help out with some rudimentary secretarial and life admin duties. It can help control network-operated devices in your home, as well as brief you on weather, set alarms, furnish a calendar and, apparently act as a security guard. It was one of the more practical robots on display that possibly has potential monitoring vulnerable individuals at home, but for most people, it hasn’t yet got much functionality that you couldn’t set up on your smartphone. 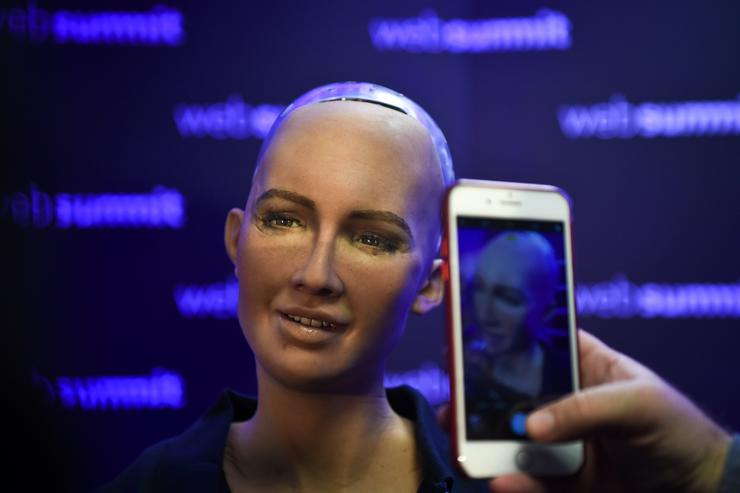 Perhaps the most genuinely impressive display of AI anywhere in the expo, Sophia is a disembodied human torso, that nonetheless proved itself capable of holding a remarkably sophisticated and knowing level of conversation during her demonstration. Replete with jokes, self-awareness and philosophical repartee, Sophia distinguished herself and her design team. Where this technology is going next is anyone’s guess, but it’s something commentators will certainly be keeping an eye on.