“The day when you pick up a guitar there's nothing coming through whatsoever. There's no new pieces or new ideas. And that's the sort of gift any creative person has.”  — Jimmy Page, “It Might Get Loud,” Thomas Tull Productions Documentary by Leslie Chilcott, 2008

Have you noticed that the noise level about who watches what, when, where and on what is becoming intense?

If the news comes from a mobile service/device company, they swear we’re ditching our TVs to watch stuff on our mobile devices.

If it comes from a network, studio or cable provider; then time/day growth has never been better.

And, according to ISPs (internet service providers) and CDNs (content distribution networks); obviously, streaming over the air to a device is killing everything.

At the upfronts – where networks, studios, pay-for-view, video sites and ad folks bet hard dollars on what you’re going to watch this fall — the message was loud and clear, “TV is just getting better.”

If you attended VidCon, it was obvious that with your smartphone and uploading to my site – YouTube, Facebook, Vimeo, Vine, Hulu – everyone would watch your stuff and you’d be a gazillionaire.

Maybe you’ve been surveyed, but I have never been surveyed by any of these folks or the independent research/monitoring services!

But that’s the great thing about statistical reports … figure out your conclusion then do the research. 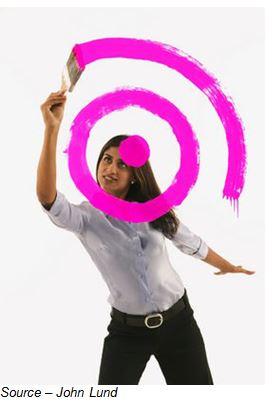 Research – Cable folks, nets, stations, device sellers and service providers have a lot of research to support them.  First, you decide what on the results you want and then work backward and viola you were right!

BAM!!! You have supported your position.

Sweden is testing paying people not to work.  France has cut the work week down to 35 hours.  China and South Korea have said they want time at work cut to 40 hours a week.  Other countries restrict kids and teens (except in Bangladesh and a few other areas) from hard, dangerous work and long hours.

So they watch something … anything:

Big Growth – A home just isn’t a home without a TV screen.  Increasingly, that means a really big screen that supports 4K content at the minimum and HDR at the best.  Of course, it also has to be smart and able to handle content from everywhere.

Folks understand that 4K viewing is better than HD; and HDR (high definition resolution) is even better.

4K set sales are projected to be $10B this year.

All of the upfronts were in 4K, a few were in HDR and the available content is just ramping up.  Sure, the streaming video folks are leading the way; but then, they don’t have old equipment, old “this is how we do it” thinking.

It’s easier to be ahead when you start with a clean slate.

At the upfronts, the networks/studios didn’t hold back on their disdain for the website stuff of the world.

Toby Byrne, sales chief for Fox, made reference to the “subprime” digital video and asserted that, "The digital metrics game is rigged."

Of course, YouTube's big boast during its Brandcast was that there’s a growing shift of ad dollars. They noted that Magna Global moved from TV to digital.

TNT/TBS president Kevin Reilly noted however that, “A lot of clients have found they moved too quick, and they didn't get the results."

One thing was certain, like last year; there is a lot of good, new content being produced that begs to be seen on a really big TV set. 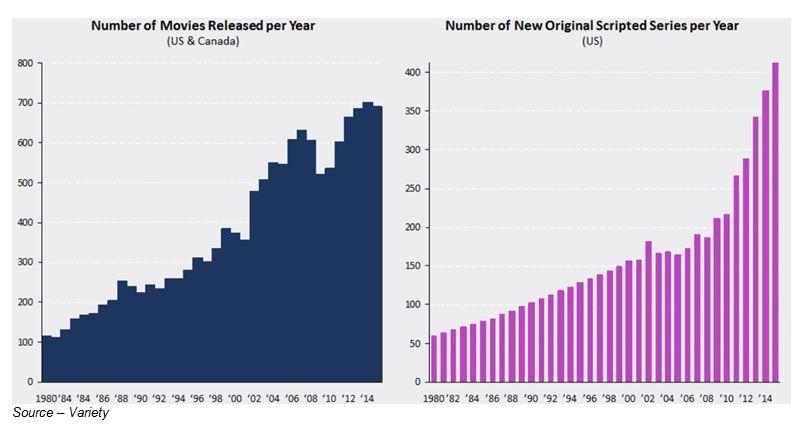 Entertain Me – Web video is increasing in volume because it’s cheap or free.  But long-form content (movies and TV series) keep people connected to their screen longer and more profitably for the content owner and channel.

Yep, 24’s Kiefer Sutherland is back in Designated Survivor and solves all of our election angst.  Everyone in line for the Oval Office is wiped out during the State of the Union and BAM! only Jack is still standing.

I may watch it live.  May watch it on-demand.  May stream it.  Who cares?

The problem is in the U.S. base, viewership is based on people meters (boxes that track TV viewing) and paper diary inputs from folks across the country.

You probably don’t know any of those Nielsen families, but viewing has changed.  So Nielsen is trying to change as well by moving to Live-plus-35 ratings.

Because folks time-shift viewing, the extra draw between weeks two and five is not insignificant and makes a big difference in ratings (and rates) in a time-shifting world

Content delivery folks have also learned how to use the online world to their advantage because they recognize that folks don’t simply “sit and watch TV” anymore.

Really Involved – People no longer simply sit and passively watch a TV show, especially teens and millennials.  Today, the smartphone is always in hand while they search for and interact with the show and star information or perhaps even watch a second show to cram in as much viewing as possible.

In fact, for every network, station, show – realtime or streamed, there is a robust online digital component complete with facts about the characters, actors, scenes, storyline, you name it.

It’s all designed to enrich the show for the viewer (get you hooked) and build buzz.

It turns out multiplatform TV (TV-type programs and long-form digital video) has a halo effect on search, display, short-form video advertising.  You watched the show and then searched out more in-depth content, producing an average of 18 percent ROI. 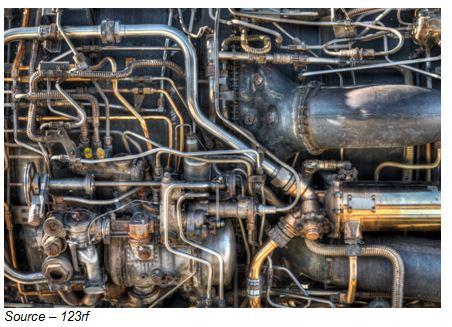 It’s Complicated – Increasingly, there are more opportunities for filmmaker and smartphoners to shoot something and upload it to the Internet in the hope that it will be seen and they’ll make money, become more famous.  The streams are there but the trick is to find the one you want.

No one denies that streaming is coming on strong.  Adobe reported that about 13 percent of the 112M  U.S./Canadian  pay TV households used TV everywhere, tripling over the past two years.

Netflix has 41M U.S. subscribers; and by the end of the year, expects that streaming content will be available around the globe. (They went live in 130 countries in January.)

That little fact didn’t go unnoticed by the rest of the content world as HBO, Sony, CBS, ABC, Fox … oh heck, everyone has announced they’ll be big in streaming also.

However, like everything – including iPhone sales, triple-digit growth can’t go on forever.

Strategy Analytics reports that streaming is starting to slow down.  In fact, Michael Goodman, their digital media director, noted that saturation is a few years off.  33 subscription services are available in the U.S. today, but we are on the backside of the adoption curve and churn is a factor.

The churn is attributed to consumers experimenting with new services, trying a service and canceling before the trial period ends and other issues.

The annual Upfronts is just one big party where deep-pocket creators do the mating dance with deep-pocket advertisers who want to reach the shallow- pocket consumers.

Big Priority – While teens may be satisfied with short videos (less than 10 minutes), others want long-form video (movies, TV segments) and they’re willing to tolerate ads or pay for the content as long as it is good content.

If the price is right and the content flows smoothly, they’ll watch the stuff they want to watch, will interact with it and will love it.

According to TNS, digital viewership is a major play in some countries because they don’t have legacy pipes in the ground to contend with. The percentage of internet users who watch videos at least once a week in these countries is:

The challenge is how fast and flawlessly content is streamed to your big set or device.  According to Cisco, your speed may vary:

As The Edge reminds us, “That's a movie that I watched. I didn't laugh, I wept. It was so close to the truth.”

It’s not about the device or delivery tube; it’s all how video content touches us!