A few weeks ago, I had to visit my friendly smartphone store.

The person at the phone store said it was probably a bad SIM (subscriber identification module) card.  The card was replaced and BAM! I could make/receive calls.

Not sure how long it had been going on, but it sorta’ proved what IDC, Gartner, Cisco and Ericsson have been telling us … smartphone sales growth has slowed, mobile voice traffic is flat (and will continue that way) but data traffic is growing like crazy.

IDC and Gartner say smartphone sales will only increase about 14 percent this year which will bring the industry to about 2.6B subscribers worldwide.

By 2020, we’ll have about 6.1B folks online; thanks largely to cheaper devices being sold into emerging countries.  The biggest growth is coming from APEJ (Asia Pacific excluding Japan) and MEA (Middle East and Africa).

Modular and bendable phones won’t do much for sales because it’s less about the device and more about the things you do with it.

That’s probably why Apple has alluded to a three-year smartphone replacement cycle, which left Wall Street forecasting doom and gloom.

True growth will increasingly come from cheaper devices in countries where the phone is their only computing/communications device.  For convenience, a lot of business and casual users have also come to prefer using the phone to free them from their desk or carrying around a bulkier tablet or notebook.

Admit it, it’s either always in your hand or very close by.

Steady Growth – Mobile users are growing steadily but the greatest growth in device sales is coming from developing countries with lower-cost devices.

Heck, even China has joined North America and Western Europe in becoming a mature market.

Of course, none of that hurts Cisco or Ericsson because that means more than 75 percent of the global population will have connectivity that is going to drive huge volumes of data traffic (an 8x increase in the next five years).

That doesn’t do anything for the three-minute call mobile telcos because well, calling is a complete afterthought for most.  In fact, my kids never call. Texting is their thing, along with sending a selfie of what they’re doing!

And face it, with all of the apps that are out there, there’s just more you can/should do with your smartphone.

There are a lot of good reasons to have your smartphone close at hand so you can use it whenever and wherever.

Constant Companion – Apps keep males/females, young/old in touch with each other and put the world at their fingertips. They use it so they know what’s going on around them and to carry out their daily activities.  It’s no wonder the smartphone is the first thing they grab in the morning and the last thing they put down in the evening.

The reasons are so sound that Deloitte found people check their devices 43 times a day (Millennials do it 74 times a day).

And according to eMarketer, we spend an average of three hours and 18 minutes each day on the mobile device when we’re really supposed to be working or studying or something.

Since you already use your smartphone at the office/school, the idea of business apps is a logical way for companies to keep folks somewhat focused on work/studies.

That was until Lookout announced there were a bunch of malware folks out there “impersonating” real business apps.  Fake apps spoofed real apps like Cisco’s Business Class Email app, ADP, Dropbox, FedEx Mobile, Zendesk, VMware’s Horizon Client, etc. and were depositing their malware on folks’ phones.

So Many, So Little – There are so many things can do with today’s smartphone and apps, it’s sometimes difficult to get minor things like work and studying done.

Still, thousands of app developers have rushed to  produce millions of apps so they can get their share of the billions people are making selling their apps, selling in-app stuff or selling your info to others who can send you important info about … their apps.

Unfortunately the vast majority are like YouTubers with visions of PewDiePie dancing in their heads (he makes millions “letting” folks watch him play games) but they barely cover their costs.

Heck; Disney, ESPN and other business/entertainment data providers regularly evaluate the performance of their apps and if they aren’t performing (little return), they drop them.

It’s pretty easy to make an app, but it’s expensive to maintain and promote it.

Hint, folks … it takes marketing (advertising and PR). This stuff just doesn’t just sell itself no matter how neat, cool, “indispensible” it is.  Especially when 20 percent of users will abandon apps they download and 62 percent will use an app less than 11 times.

Unlike the kids, I don’t use a ton of apps on my smartphone.  You know, the neat junk they preload on your phone and the free stuff they offer in their online store.

And while most people may brag about having a hundred or so apps on their smartphone, they don’t use many. 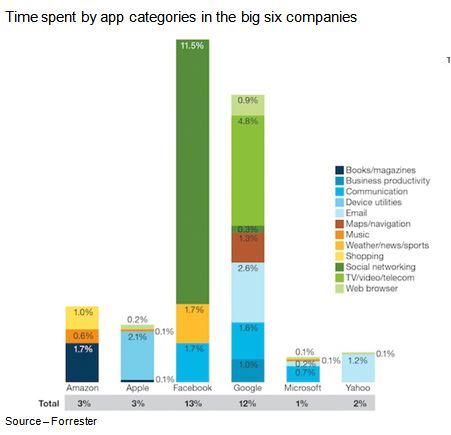 Favorite Haunts – While independent developers have visions of developing a killer app, having it downloaded and used thousands of times a day the truth is there are only six firms that have steady traffic from consumers globally.  Others are up and down in popularity or strong in specific countries/regions.

Whether it’s a paid or free/freemium app, your apps share more of your information than you might realize.

It’s a popular misconception that if you pay for the app, the folks don’t share your information with others; but tain’t so!

Remember that permission you gave them? Well, it’s not real clear what they’re going to do with the data they gather so think twice before you download an app.

They Know – That app user agreement you signed essentially says you don’t own it (you just use it) and they have the right to gather information about you and your activities.  And they do.

Free apps collect more data; but even if you pay for it, you’re not completely safe.

And as someone said regarding free apps, “You’re the product.”

As if that wasn’t depressing enough, it turns out that mobile devices/apps are really getting interesting to hackers, whackers and cybercriminals.

Veracode found that 87 percent of Android apps (80 percent of iOS apps) had at least four encryption issues that undermined the device’s data protection.

That’s in addition to the bogus company/professional apps. 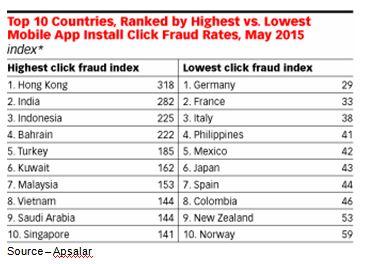 Growing Security Problem – While their smartphone never leaves their side and is in use almost constantly, few people use cybersecurity and privacy tools on their smartphones, making them tempting targets for hackers/thieves.

Because folks are on the device so much bad guys/gals have been designing fraud apps people unknowingly download and use … a lot.

Globally, there are 3.13 fraudulent and unexplained clicks for every deliberate click when folks install a mobile app and … surprise!

Being a little selective (cautious) about what freemium and paid apps you download will help but the issue really has to be solved by the guys/gals who develop the super neat apps.

Writing better/more secure code is a learned art and science.

Security shouldn’t be just a checkmark before an app is released, it should be the starting point for developers. 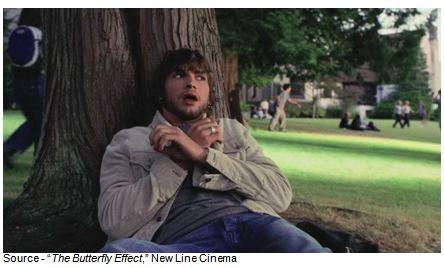 But as long as apps – and app development – are mostly fun and games, we’ll probably still hear Evan at 7 say, “In the next 30 seconds you're gonna open 1 of 2 doors. The first door will forever traumatize your own flesh and blood.”